Rupert Everett was born on May 29, 1959 in Burnham Deepdale, United Kingdom. Everett's first break came in 1981 at the Greenwich Theatre. In the 1990s he became an international film star.

Being tall and slender with dark matinee idol looks, Everett is one of the few Hollywood stars to keep a long and successful mainstream acting career while being openly gay. A former St. Laurent model, he first came to public attention with his onstage turn in 1981. when he played a character loosely based on the notorious spy, Guy Burgess, in Julian Mitchell's play, Another Country. Even though his performance was received well by audiences, it failed to live up to Everett's expectations of becoming a much-talked-about entertainer overnight. He finally got the hype he had hoped for, in the role of Julia Robert's charming gay pal who dances off into the sunset with her in My Best Friend's Wedding (1997). He has since acted in dozens of movies including in An Ideal Husband (1999) and The Next Best Thing (2000), in which he performed both gay and straight roles with equally convincing aplomb. In 2004, he got the chance to score big once again as the honeyed voice of Prince Charming in the CGI-animated hit comedy Shrek 2 and its sequel Shrek the Third (2007). 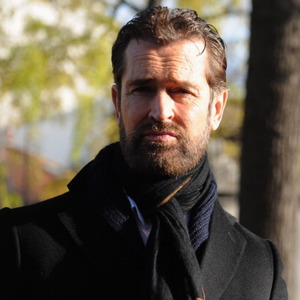