How much is Rupert Boneham Worth?

Rupert Boneham net worth: Rupert Boneham is an American mentor and renowned social -service personality, who guides troubled teens in US and has appeared in a number of reality TV shows, and having estimated net worth value of $3.8 Million of property. Born on January 27, 1964, he has become a widely popular reality TV celebrity who was ultimately voted as the fan's favorite in Survivor series. In fact he got such a widespread attention that he succeeded in securing 85% of votes in his favor out of the total votes. He has appeared in various seasons of survivor series such as All Stars and Heroes vs. Villains, where he ranked 8th and 4th positions respectively. It was during the Pearl Island season that he became one of the most popular contestants and was widely called with the nickname "Gentle Giant" for possessing huge beard and distinctive appearance.

Initially in Abilene, Texas in 1983, he had volunteered to help mentally handicapped children. After its completion, he went to Indiana to work for troubled young adults. He then bought a new house which he turned into a vocational training center for young kids who were badly reputed for being expelled from schools. He spent high portion of his one million dollars money that he had from Survivor: America's Tribal Council to establish Rupert's Kids which sole aim is to giving proper guidance teen kids facing troubles and risks minimizing their chances of choosing wrong paths. He declared his candidacy for Governor of Indiana on August 30, 2011 and hence became the Libertarian candidate for governor of Indiana in 2012. 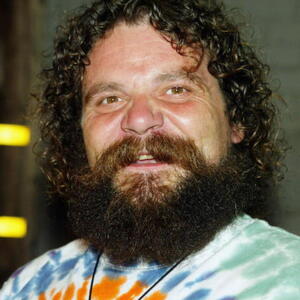