Rumer Willis Net Worth: Rumer Willis is an American actress who has a net worth of $4 million dollars. Rumer Willis is the daughter of actors Bruce Willis and Demi Moore. She has appeared in a number of television series, films, and animated series, and participated in popular reality television shows.

Early Life: Willis was born on August 16, 1988 in Padacah, Kentucky. At the time of her birth, Willis's parents, Bruce Willis and Demi Moore, were in Kentucky while Bruce was shooting the film "In Country." Willis also had two younger sisters, Scout and Tallulah, and grew up primarily in Hailey, Idaho, as her parents desired to give their daughters a "normal" upbringing despite their super stardom.

When Willis was only 6, she had her first acting role in the film "Now and Then" when she played the on-film daughter of her mother, who was starring in the 1995 film. While it was a small role, Willis developed her love of acting from this experience and decided to follow in the footsteps of her parents.

At the age of 10, Willis's parents decided to divorce. Willis was able to avoid much of the publicity surrounding the divorce, as her parents made an effort to shield the children from it, in addition to committing themselves to an amicable split. Despite the separation, the family continued celebrating holidays and birthdays together and even went on vacations as a family.

Willis spent her freshman year of high school at the Interlochen Arts Academy in Interlochen, Michigan before transferring to Wildwood Secondary School in Los Angeles, California as a freshman. After graduating high school, she briefly attended the University of Southern California.

Acting Career: Since her first role at the age of 6 in "Now and Then," Willis continued acting throughout her childhood. She appeared in the film "Striptease" in 1996 and then worked alongside her father in "The Whole Nine Yards" in 2000. She again worked with her father in the 2005 film "Hostage" and then started landing more prominent roles, playing the role of Joanne in the 2008 film, "The House Bunny" and winning the "Breakthrough Performance Female" award at the Young Hollywood Awards for her performance in the 2009 film, "Wild Cherry." The same year, she also appeared in the horror movie, "Sorority Role." She earned a nomination for that role in the Teen Choice Awards in the category of "Choice Movie Actress: Horror/Thriller." She scored her first lead role in the 2013 dram, "The Odd Way Home."

Willis also worked in television, appearing in a wide number of series including "Miss Guided, "CSI: NY," "Medium," "Workaholics," and "The Secret Life of the American Teenager," among others. She had a recurring role in "90210," appearing in ten episodes during the 2009-2010 season. She also played a recurring character on the popular teenage mystery drama, "Pretty Little Liars."

In 2015, Willis decided to try her hand at reality television after she was asked to compete in the 20th season of ABC's dancing competition, "Dancing with the Stars." Willis wowed the judges and fans throughout the season and won the whole competition along with partner Valentin Chmerkovskiy. She embarked on a tour with the cast of the show the following summer, visiting 40 cities in 2015.

Willis's time of "Dancing with the Stars" proved to be helpful to her acting career, as she landed the role of Roxie in "Chicago" on Broadway. Her dance training on the reality show proved to be an asset while preparing for the role, as well as the ability to perform before live audiences.

In 2017, Willis appeared in the third season of the show "Empire,' ultimately earning a recurring role in the fourth season. She again participated in reality television, this time as a singer in "The Masked Singer," where she impressed the judges with her vocal ability. In 2019, Willis earned a role in one of her most notable films to date, Quentin Tarantino's "Once Upon a Time in Hollywood." She played the role of Joanna Pettet, friend of Sharon Tate. 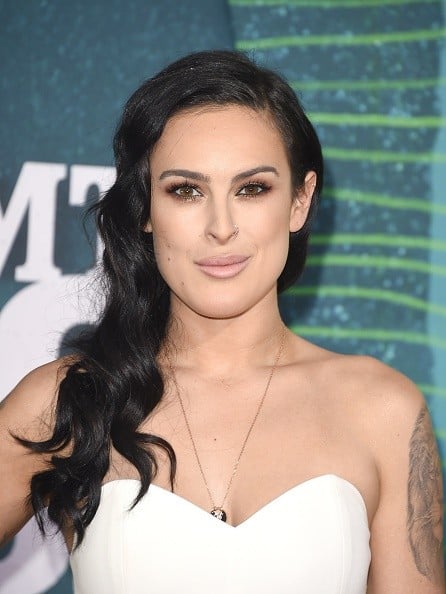 Personal Life: Rumer has been honest about her experience with online bullying after moving to Los Angeles at the age of 15. She has since tried to become a healthy role model for young girls and women, promoting self-love and acceptance on her social media accounts.

Willis maintains a private life but has been romantically connected to several partners over the years. She dated actor Micah Alberti for over two years until the couple split in 2010. Her next serious relationship was with actor Jayson Blair in 2013. It was rumored that she may have dated her former dancing partner, Valentin Chmerkovskiy, from "Dancing with the Stars" in 2018. She was linked to actor Armie Hammer in 2020, after being spotted with him several times throughout Hollywood.

Rumer was born in Kentucky while her father was on the set of the 1989 film "In Country". Willis grew up in Idaho before attending Michigan's Interlochen Arts Academy and later the University of Southern California, where she left after one semester.

Rumer's big screen debut came in 1995 in "Now and Then" alongside her mom, Demi Moore. Willis has also acted alongside her father in 2000's "The Whole Nine Yards" and 2005's "Hostage". Her other TV and film credits include "Striptease", "From Within", "The House Bunny", "Sorority Row", "Army Wives", "CSI: NY", "Medium", "The Secret Life of the American Teenager", "Hawaii Five-0", "and "Workaholics". She became Ocean Pacific's spokeswoman in 2008 and was cast on "Pretty Little Liars" in 2013. In 2019 she had a memorable role in "Once Upon a Time in Hollywood".

Willis has two younger sisters, Scout LaRue Willis and Tallulah Belle Willis. She has admitted that she used to have posters of her future (and now former) stepfather, Ashton Kutcher, on her bedroom walls while she was a teenager. In 2008, she was named Miss Golden Globe, a title given each year to the child of a celebrity who helps put together the Awards. 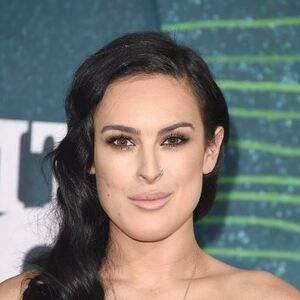