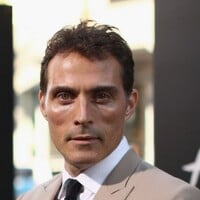 What is Rufus Sewell's Net Worth?

Rufus Sewell is a British actor of the screen and stage who has a net worth of $8 million. He is known for his performances in such films as "Carrington," "Hamlet," "Dark City," "The Illusionist," and "Old," and for his roles on such television series as "John Adams," "Eleventh Hour," and "The Man in the High Castle." Among Sewell's notable theater credits are the Tom Stoppard plays "Arcadia" and "Rock 'n' Roll."

Rufus Sewell was born on October 29, 1967 in London, England to Jo, a Welsh artist and pianist, and William, an animator and former builder. When he was five, his parents divorced; at the age of ten, his father passed away. Sewell was subsequently raised by his mother alongside his older brother Caspar. He went to Trafalgar Junior School, where he was a member of the drama club. Following this, Sewell attended Orleans Park School, and then West Thames College. He went on to enroll at the Central School of Speech and Drama in London.

Sewell made his feature film debut in 1991 with a role in the independent drama "Twenty-One." However, he had his breakthrough in 1993, when he starred in the violent, controversial "Dirty Weekend." The year after that, he appeared alongside Albert Finney in "A Man of No Importance." Sewell was subsequently in the biographical period film "Carrington"; Kenneth Branagh's adaptation of "Hamlet"; the suspense film "Victory"; and an adaptation of the Thomas Hardy novel "The Woodlanders." He had his biggest year yet in 1998, when he appeared in a total of five films: "Dangerous Beauty," "Illuminata," "Martha, Meet Frank, Daniel and Laurence," "At Sachem Farm," and the science-fiction film "Dark City," in which he starred as the amnesiac John Murdoch. Sewell closed out the decade with another starring role in the Australian film "In a Savage Land."

In the early 2000s, Sewell was in the supernatural horror film "Bless the Child," the romantic adventure comedy "A Knight's Tale," and the thriller "Extreme Ops." He next appeared in the Western swashbuckler "The Legend of Zorro." Sewell had another huge year in 2006, appearing in five films; they were "Tristan and Isolde," "The Illusionist," "Amazing Grace," "The Holiday," and the anthology film "Paris, je t'aime." His subsequent credits included "Downloading Nancy," "Vinyan," "The Tourist," "Abraham Lincoln: Vampire Hunter," "Hotel Noir," "All Things to All Men," "I'll Follow You Down," and "The Sea." Sewell has also had notable roles in 2014's "Hercules"; the fantasy action film "Gods of Egypt"; the Oscar-winning dramas "Judy" and "The Father"; and M. Night Shyamalan's 2021 thriller "Old." 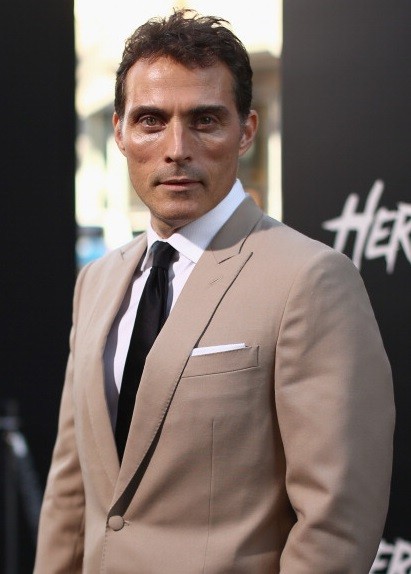 On the small screen, Sewell first appeared in episodes of the British series "Gone to Seed" and "Screen Two" in the early 90s. He gained greater recognition in 1994, when he starred as Will Ladislaw in the BBC adaptation of George Eliot's "Middlemarch." The next year, he had major roles in John Schlesinger's television film "Cold Comfort Farm" and on the anthology series "Performance." Following a five-year hiatus, Sewell returned to television in 2000 to play Ali Baba in the two-part miniseries "Arabian Nights." He was subsequently in the television film "She Creature" and the miniseries "Helen of Troy," in which he played Agamemnon. The same year as the latter, Sewell starred as the titular king in the television film "Charles II: The Power and the Passion." After this, he was in another television film called "Taste."

From 2008 to 2009, Sewell portrayed Alexander Hamilton in the acclaimed miniseries "John Adams." During the same period of time, he played the main role of Dr. Jacob Hood, a biophysicist and FBI adviser, on the short-lived CBS series "Eleventh Hour." Sewell followed this with a number of major roles in adaptations of novels. In 2010, he had a main role in the miniseries "The Pillars of the Earth." The year after that, he starred as Italian police detective Aurelio Zen on the BBC series "Zen." Sewell was subsequently in "Parade's End," based on the novels by Ford Madox Ford, and "Restless," an adaptation of William Boyd's novel. From 2014 to 2019, he played the main role of Nazi official John Smith on the dystopian streaming series "The Man in the High Castle," based on the Philip K. Dick novel. Sewell's other credits have included "Victoria," "The Pale Horse," and the Netflix series "Jigsaw." He also had a memorable guest appearance on the Amazon streaming series "The Marvelous Mrs. Maisel."

Sewell began his professional stage career in 1993, when he originated the role of Septimus Hodge in Tom Stoppard's play "Arcadia." He didn't return to theater acting until 2006, when he starred in Stoppard's new play "Rock 'n' Roll." For his performance as Jan, Sewell won the Laurence Olivier Award for Best Actor in a Play, and also received a Tony Award nomination. His other credits include productions of Harold Pinter's "Old Times" and Patrick Marber's "Closer."

In 1999, Sewell married his first wife, Australian fashion journalist Yasmin Abdallah; they ended up divorcing the following year. Later, in 2004, Sewell wed producer and screenwriter Amy Gardner. The couple had a son named William, and divorced in 2006. Sewell has another child, a daughter named Lola, from his relationship with Ami Komai.