What was Rue McClanahan's Net Worth and Salary?

Rue McClanahan was an American actress and comedian who had a net worth of $5 million. Rue McClanahan best known for her roles on the television sitcoms "Maude," "Mama's Family," and "The Golden Girls." For her work on the latter show, she won an Emmy Award in 1987. Among her other credits, McClanahan appeared in numerous television films, including "Rainbow," "Picnic," "After the Shock," "Nunsense," and "A Saintly Switch."

McClanahan won a Primetime Emmy Award in 1987 for Outstanding Lead Actress in a Comedy Series for The Golden Girls. She was also nominated for the award in 1986, 1988, and 1989. She was nominated for three Golden Globe Awards and won two TV Land Awards. She was one of the first celebrity supporters of People for the Ethical Treatment of Animals. Her autobiography was published in 2007. She had been married six times. Rue McClanahan passed away on Jun 3, 2010 from a brain hemorrhage at 76 years old.

McClanahan began her acting career on stage as a member of the Actors Studio. She made her professional debut in 1957 in a production of the play "Inherit the Wind" at the Erie Playhouse in Pennsylvania. Also that year, McClanahan started performing in New York City off-Broadway.

In 1961, McClanahan made her first television appearance in an episode of "The Aquanauts." Three years later, she was in an episode of "Burke's Law." McClanahan landed her first significant television role in 1970, when she began playing Caroline Johnson on the soap opera "Another World." She was subsequently in two more soap operas, "Love of Life" and "Where the Heart Is." McClanahan had her breakout year in 1972. In addition to appearing on "All in the Family," she began her role as Vivian Cavender, the best friend of Beatrice Arthur's titular character on the sitcom "Maude." The show ran for six seasons through 1978. Following this, McClanahan landed the main role of Depression-era hairdresser Ginger-Nell Hollyhock on the sitcom "Apple Pie"; however, the show was canceled after two episodes. During this time, McClanahan made her first of six appearances on "The Love Boat," and was in the television films "Having Babies III," "Rainbow," and "Topper." She also appeared in episodes of "$weepstake$," "Supertrain," and "Fantasy Island."

McClanahan began the 80s with appearances on such shows as "Lou Grant," "Gimme a Break!," "Trapper John, M.D.," and "Newhart." Her television film credits, meanwhile, included "The Great American Traffic Jam" and "World of Honor." McClanahan had her next major role in 1983 on the sitcom "Mama's Family." She played Fran Crowley, the finicky spinster sister of Vicki Lawrence's Mama Thelma Harper. After the show was canceled in 1984, McClanahan appeared in episodes of "Alice," "Charles in Charge," "Cover Up," and "Murder, She Wrote," among other shows. She subsequently began the longest-running role of her television career, playing Southern belle Blanche Devereaux on the sitcom "The Golden Girls." For her work on the show from 1985 to 1992, McClanahan earned four Emmy Award nominations, winning once. She later reprised her role as Blanche Devereaux on the short-lived "Golden Girls" sequel "The Golden Palace," and appeared as Devereaux in single episodes of the sitcoms "Empty Nest" and "Nurses." 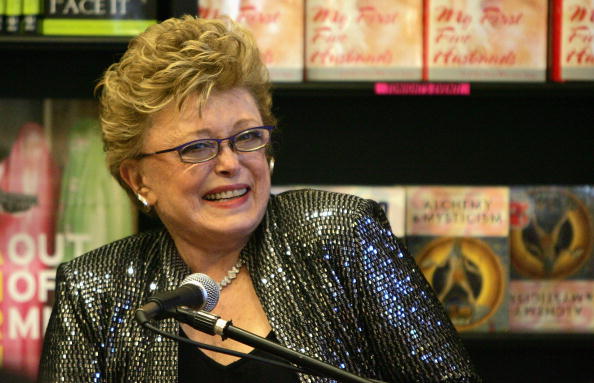 In the early 90s, McClanahan appeared in a number of television films, including "After the Shock," "The Dreamer of Oz," "Nunsense," "A Burning Passion," and the trilogy of films "Children of the Bride," "Baby of the Bride," and "Mother of the Bride." McClanahan was also in episodes of the series "Boy Meets World," "Burke's Law," and "Touched by an Angel." Later in the decade, she appeared on "Promised Land," "Columbo," and "Murphy Brown," and had a main role on the short-lived series "Safe Harbor." Kicking off the 2000s, McClanahan appeared in episodes of "Ladies Man" and "Touched by an Angel." She continued to take on various guest roles, appearing on such shows as "Whoopi," "Wonderfalls," and "Hope & Faith." In 2008, McClanahan had a main role on "Sordid Lives: The Series," a prequel to the romcom film "Sordid Lives." Her final television appearances came in 2009 in episodes of "Law & Order" and "Meet the Browns."

McClanahan had her first starring role on the big screen in the 1963 film "Five Minutes to Love," playing a woman living in a junkyard. Later in the decade, she starred in the exploitation film "Walk the Angry Beach" as a stripper and aspiring actress. In the early 70s, McClanahan appeared in such films as "The People Next Door," "The Pursuit of Happiness," "They Might Be Giants," and "Some of My Best Friends Are…" She didn't return to the big screen until 1990, when she appeared in the comedy "Modern Love." Her other credits during the decade included "Dear God," "This World, Then the Fireworks," "Out to Sea," "Starship Troopers," and "Rusty: A Dog's Tale." In 2003, McClanahan appeared in the musical comedy "The Fighting Temptations."

In 1997, McClanahan was diagnosed with breast cancer, and underwent successful treatment and recovered. Later, in 2009, she was hospitalized and underwent triple bypass surgery. While recovering, McClanahan had a minor stroke. In 2010, she passed away from a brain hemorrhage at the age of 76. 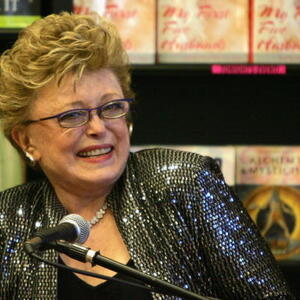