Ruby Wax net worth: Ruby Wax is an American actress, author, lecturer, and mental health campaigner who has a net worth of $4 million. Ruby Wax was born in Evanston, Illinois in April 1953. As an actress she starred as Shelley DuPont on the television series Girls on Top from 1985 to 1986. She provided voice work for the TV series Count Duckula from 1988 to 1993 and Popetown in 2006.

She has starred in the shows The Full Wax from 1991 to 1994 and Ruby Wax Meets… from 1994 to 1998. From 1992 to 2012 she served as a script editor for the television sitcom Absolutely Fabulous. Wax authored her memoirs How Do You Want Me? in 2002. She earned a master's degree from Oxford University and was appointed a Visiting Professor in Mental Health Nursing at the University of Surrey. 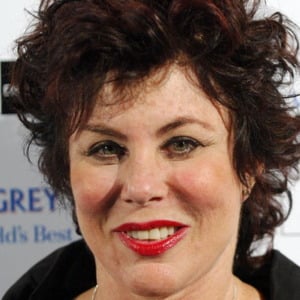