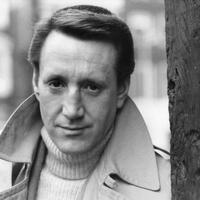 Roy Scheider net worth: Roy Scheider was an American actor and amateur boxer who has a net worth of $15 million dollars. Roy Scheider was born in Orange, New Jersey, and was an excellent athlete throughout his school years, including competing in the Golden Gloves as a welterweight. He shifted his focus to theater in college, and majored in Drama at both Rutgers University and Franklin and Marshall College. He took some time away from acting to serve in the US Air Force, and then returned to performance. He began his film and television careers in the mid-60s and gained further notice after winning an Obie Award in 1968 for his work with the New York Shakespeare Festival. Some of his many film and television projects include, "Stiletto", "Tiger Town", "Listen to Me", "The Russia House", "Naked Lunch", "The Rainmaker", "Chain of Command", "Third Watch", "The Punisher", and "Law and Order: Criminal Intent". He is most widely recognized for his work in the films "Jaws", "Marathon Man", and "All That Jazz". He passed away on February 10, 2008.