Roxanne Hart net worth: Roxanne Hart is an American actress who has a net worth of $3 million. Roxanne Hart was born in Trenton, New Jersey in July 1952. She has more than 80 acting credits to her name and one of her best known roles came starring as Nurse Camille Shutt on the television series Chicago Hope from 1994 to 1998. Hart also starred as Brenda Wyatt in the movie Highlander in 1986. She has had recurring roles in the TV series Dream On as Kate Gower from 1992 to 1993, Oz as Jessica Kirk in 2003, Medium as Lily Devalos from 2006 to 2010, Hung as Frances from 2010 to 2011, and How to Get Away with Murder as Sylvia Mahoney from 2016 to 2017. Hart has starred in several other movies including The Bell Jar, The Verdict, Old Enough, Oh, God! You Devil, Highlander, Art School Confidential, Salome, and more. She has also acted on stage and was nominated for a Tony Award for Best Featured Actress in a Play in 1983 for Passion. Roxanne Hart was nominated for Screen Actors Guild Awards for Outstanding Performance by an Ensemble in a Drama Series for Chicago Hope in 1995, 1996, and 1997. She married actor Philip Casnoff in 1984. 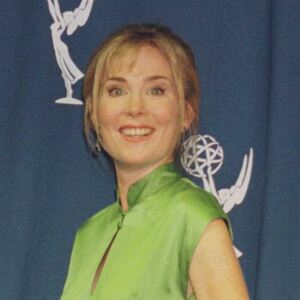