Roxann Dawson net worth: Roxann Dawson is an American actress, producer, and director who has a net worth of $6 million. Roxann Dawson was born in Los Angeles, California in September 1958. She is best known for starring as B'Elanna Torres on the television series Star Trek: Voyager from 1995 to 2001. Dawson starred as Yolanda "Yolo" Elean Puento on the TV series Nightingales in 1989.

In 1992 she starred as Jennifer Clemente in the series The Round Table. Dawson has had recurring roles in the TV mini-series The Fortunate Pilgrim in 1988, Matlock in 1990, Jake and the Fatman from 1991 to 1992, and the Lyon's Den in 2003. She has directed episodes of many TV series including Star Trek: Enterprise, Crossing Jordan, and Cold Case. Dawson won two ALMA Awards in 1998 for Foto Novelas: Seeing Through Walls. She co-authored the science-fiction novel trilogy Entering Tenebrea, Tenebrea's Hope, and Tenebrea Rising. Roxann was previously married to actor Casey Biggs. 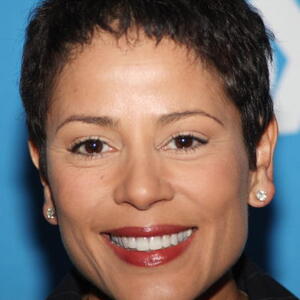