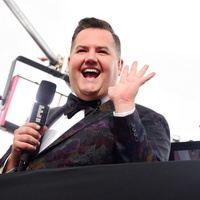 What is Ross Mathews's net worth?

Ross Mathews is a television personality who has a net worth of $2 million. Ross Mathews has earned his net worth through his many television appearances as commentator, host, panelist and more. Mathews began his career with the Tonight Show with Jay Leno, as an intern and has since covered the Winter Olympics, the Academy Awards and many more television broadcasts. He has also made appearances on the daytime soap opera "Days of Our Lives."

Ross Mathews was born in Mount Vernon, Washington on September 24, 1979. Mathews has a close relationship with his mother and would often watch talk shows with her like "Live! With Regis and Kathie Lee," which sparked his interest in becoming a talk show host. He went to Mount Vernon High School, where he was in several school plays and was unfortunately teased due to his distinctive voice. Mathews went on to attend the University of La Verne in La Verne, California, where he was a communications major and also did competitive debate and speech events. He graduated in 2002.

Mathews's first gig in college came in 2001 when he became an intern on "The Tonight Show with Jay Leno," where he quickly came out from behind the camera and gained a large following and popularity amongst fans of the show. He gained the nickname "Ross the Intern." Mathews became a correspondent for the show after five years and held that position from 2006 to 2013.

In 2001, he began covering movie premieres and other big events such as the Olympics. He participated in VH1's Celebrity Fit Club in 2007 and lost over 40 pounds and helped his team win the end prize. On July 17, 2007, he was a guest host on The View. In early 2008, Mathews was on seven episodes of NBC's game show "1 vs. 100." In 2009, Mathews became a contributing correspondent on "The Insider" while simultaneously hosting a web show called The Inside Dish with Ross Mathews, which went behind the scenes of shows like Big Brother and The Amazing Race. He co-hosted GSN's "Big Saturday Night" in 2009 and also appeared on The Howard Stern Show and The Game Show Awards of 2009. 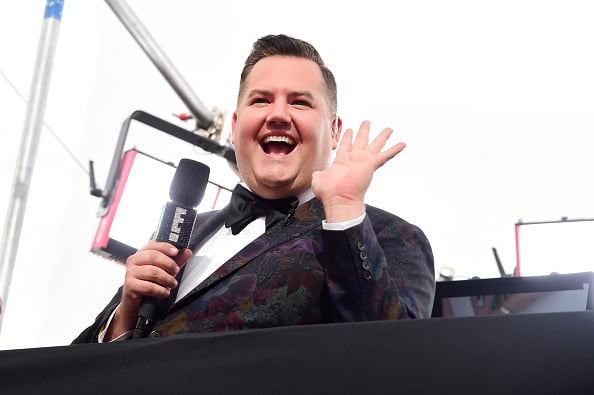 In 2010, he joined the panel of RuPaul's Drag Race judges and also filled in for Ryan Seacrest as the host of E! Network's red carpet team. The following year, he also did red carpet coverage for the SAG Awards, the Emmys, the Golden Globes, and the Oscars. Later in 2011, he starred in a pilot that he co-wrote called "Love or Hate." Mathews had formally left The Tonight Show in September 2011 but came back frequently as a guest star and was still listed as a correspondent until 2013.

He appeared in episode four of the Bravo series "Interior Therapy with Jeff Lewis" in 2012 in which Lewis redesigned Mathews and his partner's garage. He released his first book in May 2013, "Man Up! Tales of My Delusional Self Confidence" and then became the host of E!'s "Hello Ross" which he held from September 2013 to May 2014.

Mathews was named a regular judge for the 7th season of "RuPaul's Drag Race" in 2015. He also began filling in as a guest host on Hollywood Today Live around this time and became a permanent host in January 2016. He starred in two movies called Pup Star and the sequel Pup Star: Better 2Gether. In 2017, Ross was the commentator of the 2017 Eurovision Song Contest along with Michelle Visage, which aired on Logo TV, and again for the Eurovision Final in 2018. Mathews became one of 11 houseguests competing in 2018's edition of "Celebrity Big Brother." He finished second and won $50,000. He was also voted America's Favorite Houseguest, a prize which won him an additional $25,000. Mathews was a field reporter on Thanksgiving 2019 at the 93rd annual Macy's Thanksgiving Day Parade.

Beginning in fall 2020, Mathews has appeared on Drew Barrymore's talk show on the "Drews News" segment. He also hosts his own podcast called "Straight Talk with Ross Mathews." He released his second book, "Name Drop," in 2020. Mathews appeared as a panelist on the MTV series "Adorableness" in 2021. He also starred alongside RuPaul and other RuPaul's Drag Race judges in the 2021 comedy film "The Bitch Who Stole Christmas."

Ross is openly gay and was in a relationship with stylist Salvador Camarena from 2008 to 2018. Mathews announced his engagement to educational administrator Dr. Wellinthon Garcia on February 23, 2021.