Ross Marquand net worth: Ross Marquand is an American actor who has a net worth of $1 million. Ross Marquand was born in Fort Collins, Colorado. Marquand graduated with a degree in theatre performance from the University of Colorado at Boulder where he starred in several stage productions. He moved to Los Angeles, California and has starred in television and film as well as voiceover acting.

He first appeared in 2006 in the short Love Sick and the TV series documentary LA Forensics. In 2009 he had a recurring role as Siona's Publicist in the series I <3 Vampires. Marquand has starred in the movies Saturday Night Special, Kate Wakes, The Inappropriate Behavior of Our Alleged Loved Ones, A Lonely Place for Dying, Woodshop, Happy After, Slings & Arrows, The Congregation, Eden, Broken Roads, Sabbatical, Une Liberation, Down & Dangerous, and Sam & Amira. He also produced and starred in the TV series The Impression Guys and had a recurring role in the television series The Walking Dead in 2015. In 2013 he was nominated for a Maverick Movie Award for Down & Dangerous. 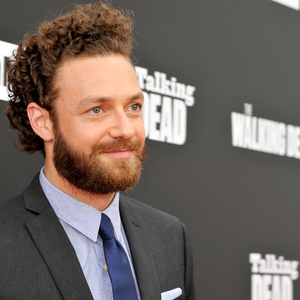