Ross King net worth: Ross King is an Irish television presenter, actor, and writer who has a net worth of $5 million. Ross King was born in Glasgow, Scotland in February 1962. He is best known as the Los Angeles correspondent for the ITV Breakfast television series Lorraine and Good Morning Britain.

King served as the LA Correspondent for the TV series Daybreak from 2010 to 2013. He regularly appeared on the series Pebble Mill from 1993 to 1996, This Morning from 1998 to 1999, and GMTV from 2004 to 2010. King provided voice work for the television series Children's Ward in 1989. He has starred in the movies Do It for Uncle Manny, Half Past Dead, Cruel Game, The Day After Tomorrow, Trust Me, and Who's Your Caddy?. He is the voice of American Express in the United Kingdom. King has also starred in stage productions of The Rocky Horror Show, Joseph and the Amazing Technicolor Dreamcoat, and Guys and Dolls. 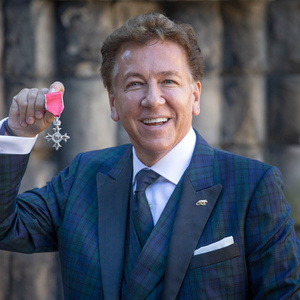