What is Rosie Perez's net worth?

Rosie Perez is an American actress, community activist and talk show host who has a net worth of $12 million. In addition to her acting work, Rosie Perez is also an accomplished choreographer, and choreographed music videos and concerts for Janet Jackson, Bobby Brown, and LL Cool J, among others, as well as for the Fly Girls on the hit series, "In Living Color".

Her career was launched after she caught the attention of director Spike Lee while in a dance class in Los Angeles. Their meeting led to her first film role, as Tina in "Do the Right Thing". She went on to appear in a string of well-received films throughout the 90s, including "Night on Earth", "White Men Can't Jump", "Untamed Heart", "It Could Happen to You", "Perdita Durango", and "Fearless", for which she received an Academy Award nomination for Best Supporting Actress.

Additionally, Perez has acted on Broadway in plays including "The Ritz" and "Fish in the Dark."

Rosie Perez was born in 1964 in Brooklyn, New York's Bushwick neighborhood. Her parents, Lydia and Ismael, were first-generation immigrants from Puerto Rico. Including five children her mother had from a prior marriage, Perez is one of ten siblings. Her mother was in and out of jail on a regular basis, and gave birth to her youngest while incarcerated. As a result, Perez was temporarily raised by her aunt, and ended up in foster care and group homes away from her siblings. After her father made an unsuccessful bid for custody, Perez moved in with her paternal aunt. She later went to Grover Cleveland High School in Queens. In 1999, her mother passed from AIDS-related complications.

Perez began her professional career in the early 80s as a dancer on the television program "Soul Train." She was attending Los Angeles City College as an aspiring biochemistry major, but dropped out due to her love of dancing on the show.

"Do the Right Thing" and Film Success

In 1988, at the dance club Funky Reggae, Perez was noticed by director Spike Lee. The following year, Lee cast Perez in what would be her feature film debut, "Do the Right Thing." As Tina, the girlfriend of Spike Lee's character Mookie, Perez broke out in a big way. She subsequently appeared in the Jim Jarmusch comedy "Night on Earth" and in the hit sports comedy "White Men Can't Jump," starring Wesley Snipes and Woody Harrelson. After her success in the romantic drama "Untamed Heart," the actress had her biggest critical triumph yet in 1993's "Fearless," starring Jeff Bridges. Playing Carla Rodrigo, Perez received Golden Globe and Academy Award nominations for Best Supporting Actress.

For the remainder of the 90s, Perez was in such films as "It Could Happen to You," with Nicolas Cage and Bridget Fonda; the romantic drama "Somebody to Love"; the independent film "A Brother's Kiss"; the Spanish/Mexican film "Perdita Durango," costarring Javier Bardem; and "The 24 Hour Woman." Credits throughout the 2000s and 2010s include "King of the Jungle," "Riding in Cars with Boys," "The Take," "Pineapple Express," "The Other Guys," "Small Apartments," "Fugly!," "The Dead Don't Die," and "Birds of Prey."

Perez made her debut on television in 1990, on an episode of the police procedural series "21 Jump Street." Subsequently, she served as choreographer for four years on Fox's "In Living Color," earning three Emmy Award nominations for her work. Shen also starred in the television movie "Criminal Justice," and appeared on episodes of CBS's "WIOU," the animated series "Happily Ever After: Fairy Tales for Every Child," and the NBC sitcom "Frasier."

In the 2000s, Perez appeared on the British crime drama "Widows," and provided the voice of Click the camera on the Nick Jr. animated kids show "Go, Diego, Go!" In 2004, she played the role of Bertha in the critically acclaimed made-for-television drama film "Lackawanna Blues." Later, she had recurring roles on NBC's "Lipstick Jungle," the animated series "Penn Zero: Part-Time Hero," the dark comedy "Search Party," and the British series "Bounty Hunters." In 2018, she landed a main role on the short-lived musical drama "Rise," and in 2020, costarred on HBO Max's "The Flight Attendant." 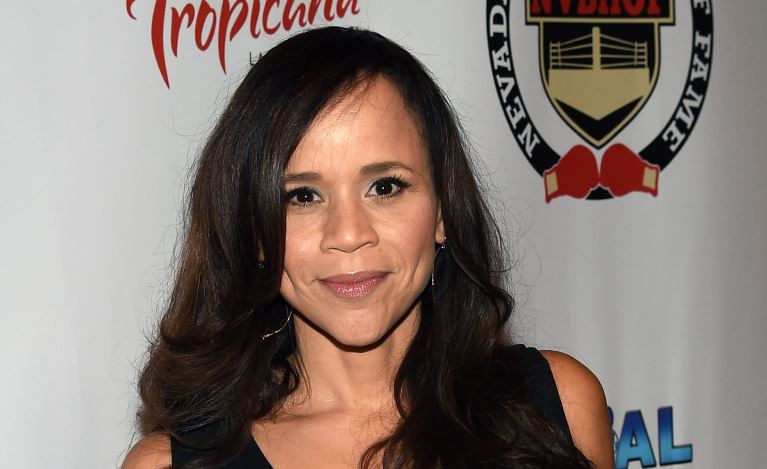 Beyond movies and television, Perez has been a choreographer on a number of music videos, including ones for Bobby Brown, Janet Jackson, Diana Ross, and LL Cool J. She has also acted on Broadway, starring in such productions as Terrence McNally's "Frankie and Johnny in the Clair de Lune" and Larry David's "Fish in the Dark."

In 2014, Perez published an autobiography called "Handbook for an Unpredictable Life: How I Survived Sister Renata and My Crazy Mother, and Still Came Out Smiling…" Among other things, the book examines the causes and effects of child abuse, which left Perez with anxiety and depression.

In 1998, Perez was married to playwright and filmmaker Seth Zvi Rosenfeld; they divorced in 2001. In 2013, she wed artist Eric Haze in Las Vegas, the night after the two attended a boxing match at the MGM Grand Hotel. They live in Brooklyn's Clinton Hill neighborhood.

Perez is very active when it comes to advocating for Puerto Rican rights, disease prevention, and social equality. In 2000, she attended a rally in Manhattan protesting US Navy weapons training on an island off the coast of Puerto Rico. She later directed and starred in "Join the Fight," a Spanish PSA campaign against AIDS. In 2010, Barack Obama appointed her to the Presidential Advisory Council on HIV/AIDS. Additionally, she serves as the chair of the artistic board of Urban Arts Partnership, an arts education nonprofit in New York City.