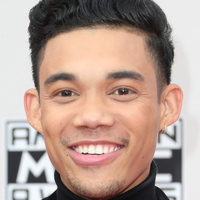 Roshon Fegan net worth: Roshon Fegan is an actor who has a net worth of $4 million. Net worth aside, he's appeared in the popular Disney Channel TV movie Camp Rock, which has given him a level of exposure that actors twice his age can only dream of. His career in acting began as a 12 year old child, appearing in a small role in Sam Raimi's blockbuster sequel Spider-Man 2 in 2004. From there, he made an appearance on the popular USA mystery-drama Monk in 2006, and two years after that in the 2008 comedy Drillbit Taylor. It was in the summer of that year that Fegan got the part that he is now most famous for – that of Sander Loyer in the Disney Channel original movie Camp Rock, also starring the Jonas Brothers and Demi Lovato. He also can be heard performing on the film's soundtrack, and reprised his role in the sequel, Camp Rock 2: The Final Jam. Now, Fegan can be seen in the 14th season of the incredibly popular ABC game show Dancing With The Stars, on which he is partnered with the Latin ballroom dancer Chelsea Hightower. He has also released an EP called I Am Ro Shon.