Rosemary Harris Net Worth: Rosemary Harris is an English actress who has a net worth of $5 million. Rosemary Harris was born in Ashby-de-la-Zouch, Leicestershire, England in September 1927. Rosemary studied at the Royal Academy of Dramatic Art. She acted in repertory theater in England. She has starred in many stage productions including You Can't Take It With You, The Merchant of Venice, and A Streetcar Named Desire.

Her first on screen roles came in 1952 in the TV movie A Cradle of Willow and the TV series Studio One in Hollywood. Harris made her feature film debut in 1954's Beau Brummell. She has starred in A Flea in Her Ear, Notorious Woman, Holocaust, The Boys from Brazil, The Chisholms, Crossing Delancey, The Delinquents, The Bridge, Tom & Viv, Death of a Salesman, Looking for Richard, Hamlet, Sunshine, My Life So Far, The Gift, Blow Dry, Spider-Man, Spider-Man 2, Being Julia, Spider-Man 3, Before the Devil Knows You're Dead, Is Anybody There?, and This Means War. Harris has been nominated for nine Tony Awards and won Best Actress in a Play for The Lion in Winter in 1966. She won a Golden Globe Award in 1979 for Best TV Actress –Drama and a Primetime Emmy Award in 1976 for Outstanding Lead Actress in a Limited Series. Rosemary was nominated for an Academy Award for Best Actress in a Supporting Role in 1995. She is a member of the American Theatre Hall of Fame. 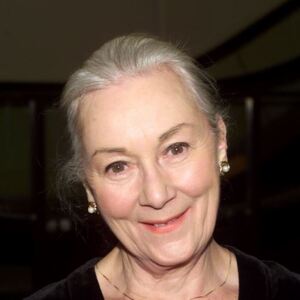