Rosemarie DeWitt Net Worth: Rosemarie DeWitt is an American actress who has a net worth of $3 million dollars. Rosemarie Braddock DeWitt was born in Flushing, Queens, New York in October 1971. Her grandfather was the boxer James J. Braddock, which a movie that she starred in called Cinderella Man was based off of. DeWitt performed in high school productions and graduated from the New College at Hofstra University. She also trained at The Actors Center in New York. She performed in off Broadway plays and won an Obie Award. Her first role came in the series Law & Order: Special Victims Unit in 2001. Her film debut came in 2004′ Fresh Cut Grass. From 2006 to 2007 Rosemarie starred as Emily Lehman in the TV series Standoff. She starred as Midge Daniels from 2007 to 2010 in the series Mad Men. DeWitt starred as Charmaine Craine in the TV series United States of Tara from 2009 to 2011. She has starred in the movies Shut Up and Sing, Off the Black, Purple Violets, Afterschool, Rachel Getting Married, Tenure, How I Got Lost, The Company Men, A Little Bit of Heaven, Your Sister's Sister, Margaret, Nobody Walks, The Watch, The odd Life of Timothy Green, Promised Land, and Touchy Feely. She has won a Gotham Award and Satellite Award. Rosemarie married actor Ron Livingston in 2009 and the couple has an adopted daughter together. Rosemarie and Ron both starred in Standoff. 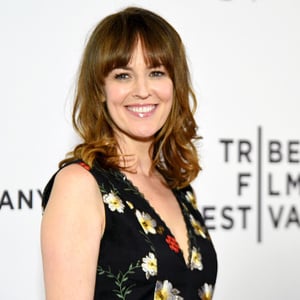