What Is Rose McGowan's Net Worth?

McGowan is also known for her role in the Me Too movement, and in 2017, she helped expose studio mogul Harvey Weinstein, who used his powerful position to sexually assault and harass numerous women in the film industry. Weinstein has since been accused by more than 80 women and has been dismissed from The Weinstein Company; as of early 2020, he is a convicted sex offender. In 2018, Rose published the book "Brave," a "New York Times" bestseller that has been described as "a revealing memoir and empowering manifesto."

Rose McGowan was born Rósa Arianna McGowan on September 5, 1973, in Florence, Italy. Her American parents, Terri (a writer) and Daniel (an artist), were members of the Children of God until the late '70s, and her father ran an Italian chapter of the polygamous cult. Rose has two sisters, two brothers, and two half-siblings, and she began working as a model during her childhood, appearing in Italian magazines such as "Vogue Bambini." McGowan's family left the Children of God after its founder began advocating for sexual relationships between adults and children, and they moved to Eugene, Oregon, when Rose was 10 years old. She ran away from home at age 13 and was "taken in by the most amazing drag queens" in Portland. After her parents divorced, McGowan lived in Seattle, Washington, with her father and studied at Roosevelt High School and Nova Alternative High School. She took ballet lessons until the age of 13, and she briefly worked at McDonald's, then at age 15, she legally emancipated herself and decided to move to Los Angeles.

McGowan made her acting debut in 1990 with an uncredited role in the film "Class of 1999" and a guest-starring role on the TV series "True Colors." In 1992, she appeared in "Encino Man" alongside Pauly Shore, and she co-starred with him again in 1996's "Bio-Dome." Rose landed the lead role in the 1995 film "The Doom Generation," earning an Independent Spirit Award nomination for her performance. In 1996, she starred as Tatum Riley in the hit Wes Craven slasher film "Scream," which grossed $173 million at the box office. McGowan followed the success of "Scream" with roles in the films "Going All the Way" (1997), "Southie" (1998), "Phantoms" (1998), "Ready to Rumble" (2000), and "Monkeybone" (2001), and in 1999, she played Courtney Shayne in the teen comedy "Jawbreaker," a role that earned her an MTV Movie Award nomination. From 2001 to 2006, she starred as Paige Matthews on The WB's "Charmed," appearing in 112 episodes of the series. While starring on "Charmed," Rose appeared in the films "Stealing Bess" (2002) and "Roads to Riches" (2002) and portrayed Ann-Margret in the CBS miniseries "Elvis" (2005). In 2006, she briefly appeared in the film "The Black Dahlia," and in 2007, she starred in both  "Grindhouse" films, playing Cherry Darling in Robert Rodriguez's "Planet Terror" and Pam in Quentin Tarantino's "Death Proof." McGowan also performed the songs "Two Against the World," "You Belong to Me," and "Useless Talent #32" on the "Planet Terror" soundtrack. 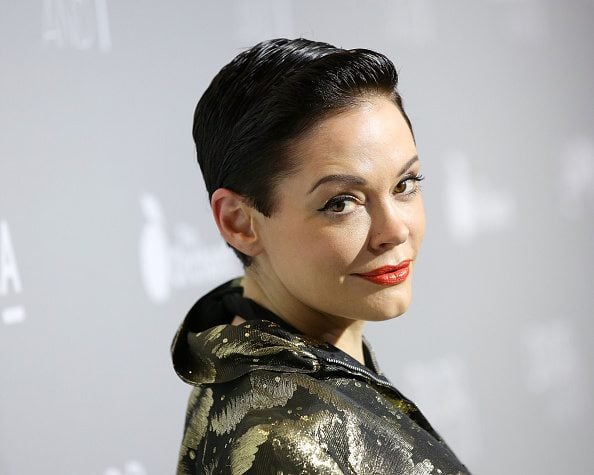 In the early '90s, Rose was involved with a man named William who put so much pressure on her to lose weight that she developed an eating disorder. She ended the relationship in early 1993 after she met music executive Brett Cantor. McGowan and Cantor began a romantic relationship, but sadly, Brett was murdered in in July 1993; as of this writing, the murder still has not been solved.

Rose was engaged to musician Marilyn Manson from 1999 to 2001, and she later dated director Robert Rodriguez. McGowan and Rodriguez reportedly became engaged in October 2007 and split up two years later. In 2012, Rose began dating artist Davey Detail, and they got engaged in July 2013. The couple married on October 12, 2013, and McGowan filed for divorce in February 2016; the divorce was finalized nine months later. In 2017, cocaine was found in a wallet Rose left at Dulles International Airport, and in 2019, she was ordered to pay a $2,500 fine after pleading no contest to a misdemeanor drug charge.

In October 2017, "The New York Times" reported that Harvey Weinstein had paid McGowan $100,000 in relation to a 1997 sexual assault that took place during the Sundance Film Festival. Later that month, Rose stated that Weinstein had raped her, and she tagged Amazon CEO Jeff Bezos in a tweet that said "I told the head of your studio that HW raped me. Over & over I said it. He said it hadn't been proven. I said I was the proof." She also revealed that the show she sold to Amazon was dropped after she complained about Weinstein. In 2017, Weinstein reportedly hired the intelligence agency Black Cube to spy on several of his accusers, including McGowan, as well as journalists were who working on stories about him.

In September 2021, Rose alleged that California governor Gavin Newsom's wife, Jennifer Siebel Newsom, tried to bribe her to keep quiet about her allegations against Weinstein; Siebel Newsom's spokesperson said that McGowan's claim was a "complete fabrication. In August 2020, McGowan accused director Alexander Payne of statutory rape, saying that he had sex with her when she was 15 and he was in his late twenties. Payne responded in a "Deadline Hollywood" guest column in which he stated that he had a consensual relationship with Rose and that she was over 18 when he met her.

McGowan is a gay rights activist, and she was a vocal opponent of California's Proposition 8 to ban same-sex marriage in 2008. In 2009, she took part in the NOH8 protest, a "photographic silent protest created by celebrity photographer Adam Bouska and partner Jeff Parshley in direct response to the passage of Proposition 8." Rose has donated to Boston Terrier rescue organizations and encouraged her friends to do the same. In 2017, "Time" magazine named the "Silence Breakers" its Person of the Year and recognized McGowan for speaking out against sexual harassment and sexual assault. In 2018, the documentary series "Citizen Rose" was released, and it focused on McGowan's sexual abuse allegations against Harvey Weinstein and her involvement in the Me Too movement. Later that year, the "GQ" Men Of The Year Awards honored Rose with the Inspiration Award because her "openness about her experience has been one of the driving forces behind the #MeToo movement."

In 2005, McGowan won a Family Television Award for Favorite Sister for "Charmed," and in 2008, she received a Midnight Outstanding Achievement Award at the San Francisco International Film Festival. In 2018, the Alliance of Women Film Journalists honored Rose and Ashley Judd with the EDA Female Focus Award for Outstanding Achievement by a Woman in the Film Industry for speaking out against sexual harassment. McGowan earned an Independent Spirit Award nomination for Best Debut Performance for "The Doom Generation" in 1996, and she received an MTV Movie Award nomination for Best Villain for "Jawbreaker" in 1999. "Grindhouse – Planet Terror" earned Rose Best Supporting Actress nominations from the Academy of Science Fiction, Fantasy & Horror Films and the Fright Meter Awards and a Scream Queen nomination from the Scream Awards. McGowan received a Short Film Grand Jury Prize nomination for "Dawn" at the 2014 Sundance Film Festival. 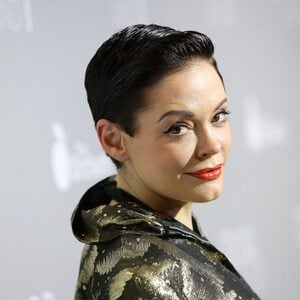