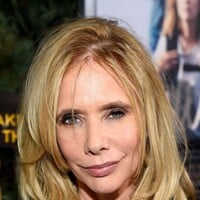 What is Rosanna Arquette's Net Worth?

Rosanna Arquette is an American actress who has a net worth of $20 million. Though, it should be noted that through her marriage to investment banker Todd Morgan, Rosanna has significant marital wealth. Todd filed for divorce from Rosanna in 2022.

Arquette earned widespread critical acclaim for her role in "The Executioner's Song" in the 80s, garnering an Emmy Award nomination in the process. Three years later, she won a BAFTA Award for Best Actress in a Supporting Role for her performance in "Desperately Seeking Susan." During the 80s, she also appeared in films like "After Hours and "The Big Blue." Her 90s films include "Pulp Fiction" and "Crash," while Arquette also became known for her starring role in ABC's "What About Brian" during the 2000s.

Rosanna Lisa Arquette was born on August 10th of 1959 in New York City. Raised into a highly artistic Jewish family, Rosanna was surrounded by performers throughout her childhood. Her mother was an actress, poet, and therapist, while her father was the well-known actor and producer Lewis Arquette. Her grandfather was a comedian named Cliff Arquette. Rosanna's siblings include performers such as Patricia Arquette, Alexis Arquette, and David Arquette. Her family is also a distant relative to the explorer Meriwether Lewis.

After a few minor roles in films like "More American Graffiti" and "S.O.B" in the late 70s and early 80s, Arquette broke through with 1982's "The Executioner's Song." The performance resulted in an Emmy Award nomination, although Rosanna was dissatisfied with the picture due to her nude scene. Over the next few years, she was approached with several roles that also involved nude scenes, adding to her discontent and discomfort. Next year, she followed up with the sleeper hit "Baby It's You," booking her first starring role in a film that was well-received by critics despite its limited release.

After another role in the film "The Aviator," Rosanna's career took another major step forward when she appeared alongside Madonna in "Desperately Seeking Susan." Due to the pop singer's influence, Arquette was elevated to even greater fame and won a BAFTA Award in the process. Despite this success, her next films resulted in her disillusionment with Hollywood. These films included "Silverado," Scorcese's "After Hours," and "8 Million Ways to Die," the latter two of which were critical or commercial failures. 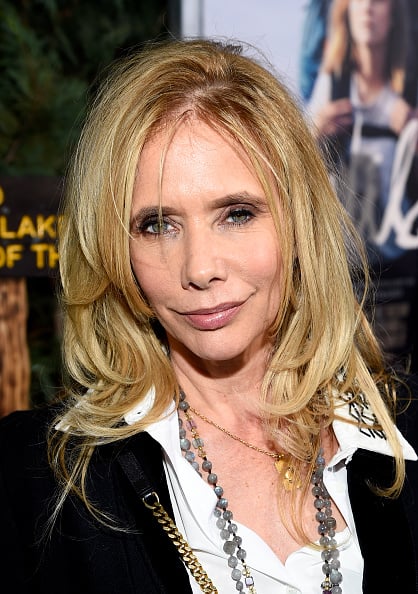 Rosanna subsequently packed up her bags and started working in Europe, booking roles in films like 1988's "The Big Blue." However, she was tempted back to work with Scorcese once again in the picture "New York Stories." This saw her return to Hollywood to work on movies like "Black Rainbow" before kicking off the 90s with movies such as "Flight of the Intruder" and "The Linguini Incident." Despite her earlier objections to being nude, she appeared naked on the cover of "Playboy" magazine in 1990, although she claimed that this was done without her consent.

During this decade, she became known for movies like "Fathers & Sons," "In the Deep Woods," "Nowhere to Run," and "The Wrong Man." In 1994, she booked a memorable role as Jody in "Pulp Fiction." During this period, she continued to work on European films such as "La Cite de la peur." In 1996, she booked a role in the film "Crash." Rosanna then finished out the decade with roles in movies like "Trading Favors," "Gone Fishin'," "Deceiver," "Hope Floats," "Hell's Kitchen," "Sugar Town," "I'm Losing You," and many others. However, she would later admit that her acting career was stalling during this period, as she failed to book major, leading roles in Hollywood blockbusters.

From the 2000s onwards, she continued to book roles in movies like "The Whole Nine Yards," "Joe Dirt," "Diary of a Sex Addict," "Battle for Terra," "Lovesong," and many others. During this period, she also became more active in the world of television, booking roles in series like "Grey's Anatomy," "The L Word," "Eastwick," and "CSI: Cyber." She also began directing for the first time with documentaries like "Searching for Debra."

Arquette was later subject to incessant trolling for announcing her shame for the fact that she had white privilege on Twitter. In fact, the trolling became so bad that the FBI recommended she make her Twitter account private.

In the 1980s, Rosanna dated Steve Porcaro – the keyboardist for the band Toto. The Toto song "Rosanna" is at least partially written about Arquette. The primary songwriter David Paich would later claim that the song was based on numerous women he had dated and was not necessarily directly about Rosanna Arquette. For a number years she dated Peter Gabriel. His song "In Your Eyes" is reportedly inspired by Rosanna. She has been married several times including to film composer James Netwon Howard.

In 2013 she married investment banker Todd Morgan. On March 09, 2022 it was revealed that Todd had filed for divorce from Rosanna.

In 2014, Todd and Rosanna paid $15.7 million for a 1.5-acre compound with a 14,000-square-foot house in LA's Pacific Palisades neighborhood. The home features Portuguese limestone floors, 26-foot ceilings, a 10,000-bottle wine cellar with its own tasting room, a lap pool, and broad terraces. They previously lived in Morgan's two-unit condo near Beverly Hills, which they sold in 2017 for $7.7 million.

A few months before their marriage in 2013, Rosanna and her husband paid $6.5 million for an ocean-view home in Malibu which they listed for sale in February 2020 for $7.85 million after initially being put on the market in 2019 for $8.75 million. The home was originally built in the 80s, and it features almost 4,000 square feet of living space, four bedrooms, a guest suite, French doors, and an ocean-facing deck.