Rosamund Pike Net Worth: Rosamund Pike is an English actress who has a net worth of $6 million. She rose to fame after playing a Bond girl in the 2002 James Bond movie "Die Another Day."

Early Life: Rosamund Pike was born in London, England on January 27th, 1979. Her father is acclaimed opera singer Julian Pike, and her mother was an opera singer as well. She attended the independent all girls Badminton School in Bristol, but she would travel around Europe with her parents when they had recitals abroad. Because of her parents' work, she had an interest in performing at a young age and learned how to play the cello, but she found she was better at acting than music. A talent scout noticed her in a school production of "Romeo and Juliet" and encouraged her to consider acting professionally. However, she was rejected from all of the theater schools she applied to after graduating high school, so she went to Wadham College at Oxford and studied English literature. She took a year off to focus on acting but graduated with an Upper Second-class honors degree in 2001.

Career: While still attending college, she acted in and helped direct a number of theater productions, including one written by Rhodes Scholar and United Nations University Council member Simon Chesterman, who was a graduate student at the time. She had a minor role in the BBC television series "Wives and Daughters" in 1999, and in the following year, she appeared in the award-nominated BBC mini-series "Love in A Cold Climate." In 2002, she had a minor role on the television show "Foyle's War," and more notably, she landed a supporting role as in the James Bond movie "Die Another Day," featuring Pierce Brosnan and Halle Berry. She was featured in the documentary special "Bond Girls Are Forever," which was released along with a corresponding book in 2002. In 2004, she starred in the Israeli filmmaker Amos Gitai's drama "The Promised Land," and she played a supporting role in the historical drama "The Libertines," alongside Johnny Depp and John Malkovich. She received an award for her role in the latter film at the 2005 British Independent Film Awards. She portrayed the older sister of Elizabeth, portrayed by Kiera Knightley, in the 2005 film adaptation of Jane Austen's "Pride and Prejudice." The romantic drama was a massive hit at the box office, grossing over $121 million worldwide, and it received widespread praise from critics. In 2007, she starred alongside Ryan Gosling and Anthony Hopkins in the legal thriller "Fracture," which was a box office hit, and in the award-winning war drama "Fugitive Pieces." She only saw the release of the television movie "The Tower" in 2008.

In 2009, Pike starred alongside Carey Mulligan and Peter Sarsgaard in the coming-of-age drama "An Education," and she has a supporting role in the science fiction thriller "Surrogates" starring Bruce Willis. In 2010, she had a leading role in the comedy horror film "Burning Palms," which was a critical flop, and she starred in the critically praised comedy drama film "Barney's Version." She had a supporting role in the BAFTA-nominated film "Made in Dagenham" that same year.  She had supporting roles in the 2011 comedies "Johnny English Reborn" and "The Big Year," which featured Steve Martin. In 2012, he starred as the character of Queen Andromeda in the epic fantasy film "Wrath of the Titans," which was the sequel to the popular 2010 movie "Clash of the Titans." The film was a huge success at the box office and grossed over $300 million internationally, but it was a flop among critics. Also in 2012, she was the female lead in the thriller "Jack Reacher," starring alongside Tom Cruise. Her career received a boost in 2014 with her supporting role in the critically acclaimed David Fincher thriller "Gone Girl," also starring Ben Affleck. She was nominated for an Academy Award for Best Performance by an Actress in a Leading Role as well as a Golden Globe in the equivalent category for her work in the film. She followed that with roles in the 2015 thriller "Return to Sender" and then in the historical drama "A United Kingdom." In 2017, she starred in the western "Hostiles" as well as the biographical thriller "The Man with the Iron Heart."

Personal Life and Other Work: During her time at Oxford, Pike was in a relationship with actor Simon Woods. She was engaged to "Pride and Prejudice" director Joe Wright, but the two broke it off in 2008. Since 2009, she has been in a relationship with businessman and researcher Robie Uniacke. In addition to filming movies, Pike continued to develop her career in stage theater. In 2003, she performed at London's West End in the play "Hitchcock Blonde" and the Tennessee Williams play "Summer and Smoke." The next year she performed in the play "Gaslight" at the historic Old Vic Theatre in London. Due to her degree in English literature, she was asked to be a judge at the 2008 Costa Book Awards. In 2009, she played the title character in "Madame De Sade" and went on tour throughout the UK performing "Hedda Gabbler." She has also played a number of voice acting roles. In 2010, she voiced the character Pussy Galore in a BBC Radio adaption of Ian Fleming's novel and the corresponding film "Goldfinger." From 2015 to 2020, she voiced the character of Lady Penelope for the animated series "Thunderbirds Are Go." In 2019, she began voicing the narrator on the television series "Archibald " as well as a character in the animated television series "Moominvalley." She narrated the 2020 historical documentary series "The Windsors: A Royal Dynasty." 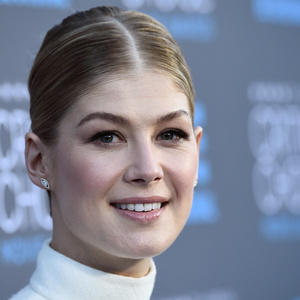