Rosalind Chao Net Worth: Rosalind Chao is an American actress who has a net worth of $2 million. Rosalind Chao was born in Los Angeles, California in September 1957. She is a second generation Chinese American and he parents ran a pancake restaurant across from Disneyland. Chao graduated from the University of Southern California and Pomona College.

She has over 100 acting credits to her name starting in the TV series Here's Lucy in 1970. Chao starred as Soon-Lee Klinger in the television series After MASH from 1983 to 1984. She has had recurring roles in the TV series Diff'rent Strokes, Falcon Crest, Star Trek: The Next Generation, Star Trek: Deep Space Nine, 10-8: Officers on Duty, Six Feet Under, The O.C., Don't Trust the B—- in Apartment 23, and Sin City Saints. Chao has also starred in the movies An Eye for an Eye, Slam Dance, Memoirs of an Invisible Man, The Joy Luck Club, North, The End of Violence, What Dreams May Come, I Am Sam, Freaky Friday, and Just Like Heaven. 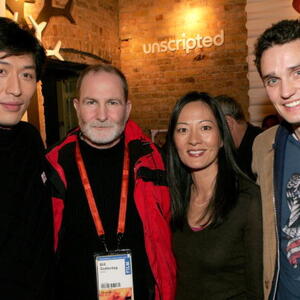