Rosa Salazar net worth: Rosa Salazar is a Canadian actress who has a net worth of $4 million. Rosa Salazar was born in British Columbia, Canada in July 1985. In 2011 she had a recurring role as Maria on the television series American Horror Story. From 2011 to 2012 she starred as Zoe DeHaven on the TV series Parenthood.

Salazar had a recurring role as Rosa on the series Man Seeking Woman in 2016. She has starred in the movies Jamesy Boy, Search Party, The Divergent Series: Insurgent, Night Owls, Maze Runner: The Scorch Trials, Submerged, CHiPs, The Kindergarten Teacher, Maze Runner: The Death Cure, and more. Rosa Salazar has also appeared in episodes of the TV series Law & Order: LA, Comedy Bang! Bang!, and more. In 2014 she was nominated for a Behind the Voice Actors Award for Best Vocal Ensemble in a Video Game for Batman: Arkham Origins. 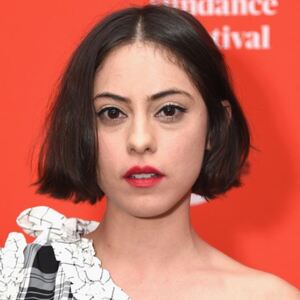