Rosa Blasi is an American actress who has a net worth of $1.5 million. Rosa Blasi has earned her net worth from a recurring role on the CBS soap opera, The Bold and the Beautiful, and a starring role on the MTV/UPN sitcom Hitz. She has had numerous guest starring roles on popular TV shows such as Frasier, Becker, Caroline in the City, V.I.P., Grown Ups, and Beverly Hills, 90210.

Blasi was born in Chicago, Illinois on December 19, 1972 she has one sister named Tasha and one brother named Rocky. Her parents are Rocco and Joyce Blasi, Rosa comes from a strong theatre background; ranging from the esteemed Piven Performance Company, as well as The Second City. She is classically trained as a mezzo soprano, and she has starred in numerous musicals and toured with Kenny Rogers. Blasi had a six year run starring on the Lifetime drama series Strong Medicine from 2000 to 2006. She played the role of a doctor who ran a free health clinic. She starred in a 2005 episode of CSI: Miami and her first role in a major film was the wife of Bill Pullman's character in The Grudge. Currently she plays the role of Ronnie Cruz on Make It or Break It. She also has a recurring character on General Hospital. She wrote a comedic memoir published by Harper Collins in 2010 titled Jock Itch: Misadventures of a Retired Jersey Chaser. At the Apollo Theater Blasi appeared during The Vagina Monologues and has also been a recurring performer at the "What a Pair" benefit concert for breast cancer research and has recorded numerous radio and television voice-overs. She has been was a repeat guest on talk shows such as Politically Incorrect with Bill Maher and The Late Late Show with Craig Kilborn. She married American football fullback Jim Finn in 2004 and the couple divorced in 2008. 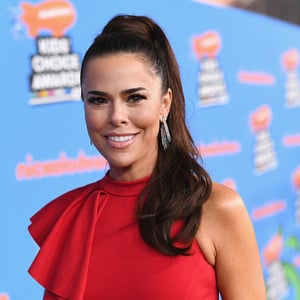