What is Rooney Mara's Net Worth and Salary?

Rooney Mara is an American actress who has a net worth of $20 million. Although Mara began her career with roles in television series and independent films, she broke through with a number of high-profile film roles towards the beginning of the 2010s. Outside of acting, Rooney has become well-known for her charity work and for being an heiress two TWO professional football dynasties, the Steelers and the Giants. Her extended family still owns and manages the two teams. Through the ownership of these two NFL teams, the extended Rooney and Mara families are worth billions.

Patricia Rooney Mara was born on April 17th of 1985 in Bedford, New York. Raised alongside four children in an area just outside of New York City, Rooney attended Fox Lane High School and graduated in 2003. Following this, she traveled throughout Central and South America for months as part of a learning program. She then attended George Washington University before transferring to the Gallatin School of Individualized Study at New York University. While attending college, Rooney Mara studied psychology, international social policy, and nonprofit organizations. She graduated from the program in 2010.

Rooney fell in love with acting after seeing classic movies and musical theatre productions. She also looked up to her older sister, Kate Mara, who was a professional actor. She first started acting as a small child but initially avoided pursuing it as a career. However, she appeared in student films while studying at NYU and started to audition for major roles at the age of 19.

Although Mara began her journey into film as an extra, she soon graduated to more prominent roles, eventually making her professional debut in a 2006 episode of "Law & Order: Special Victims Unit." She followed up with a guest-starring role in the legal drama series "Women's Murder Club" and then appeared in one episode of "The Cleaner." Her film debut role came with "Dream Boy."

After booking another guest-starring role in "ER," Mara landed her first starring role in a film with "Tanner Hall." She then appeared in films such as "Youth in Revolt," "Dare," "The Winning Season," and the remake of "A Nightmare on Elm Street." Her real breakthrough came in 2010 when she booked a central role in "The Social Network." She played one of Mark Zuckerberg's first girlfriends who breaks up with him. This increased exposure led to further roles in movies like "Millennium" and "The Girl with the Dragon Tattoo." The latter was based on a well-known Stieg Larsson novel, and it managed to gross over $232 million on a $90 million budget. The film also received strong reviews from critics, with Rooney Mara being singled out for praise. She was also nominated for a Golden Globe and an Academy Award for Best Actress.

In 2013, she appeared in "Her," another critically-acclaimed film. Starring alongside Joaquin Phoenix, Amy Adams, and Scarlett Johansson, Mara was once again singled out for praise and contributed to the film winning many awards. She then starred in films like "Side Effects," "Ain't Them Bodies Saints," and "The One I Love." In 2015, she landed the role of Tiger Lily in "Pan." Unfortunately, Mara received considerable levels of backlash for taking the role, as it had originally been written for a Native American actress.

That year, she also jointly won the Best Actress Award at the Cannes Film Festival for her role in the film "Carol." In 2016, she established herself as a voice actor when she lent her voice to a number of characters in the stop-motion animated film "Kubo and the Two Strings." She then followed up with roles in films like "Una," "Lion," and "The Secret Scripture." In 2017, she starred in a wide range of films, including "The Discovery," "A Ghost Story," and "Song to Song."

In 2018, she starred alongside Joaquin Phoenix once again in the film "Don't Worry, He Won't Get Far on Foot." That year, she also collaborated with Phoenix in "Mary Magdalene" and the animal rights documentary "Dominion." Like Phoenix, Mara is vegan. 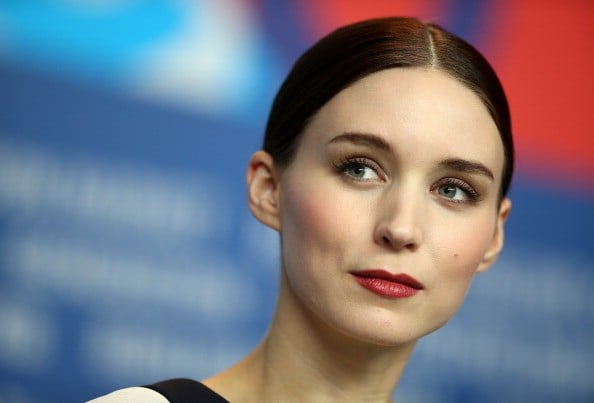 In 2016, Rooney Mara began a relationship with actor Joaquin Phoenix, with whom she co-starred in the film "Her" and another of other projects. In 2017, they started living together in Hollywood Hills, and in 2019, the pair became engaged. In 2020, numerous sources reported Mara and Phoenix were expecting their first child together.

In 2017, it was announced that Rooney Mara had decided to put her Los Feliz home on the real estate market with an asking price of $3.8 million. She had originally purchased the house for $2.9 million back in 2015, and she oversaw considerable renovations before attempting to flip the property for an ambitious profit margin.

The property spans 2,340 square feet of living space and was originally constructed by a well-known architect back in 1963. Unable to find a buyer, Mara lowered her asking price $3.6 months after a few months. In 2018, Kelly Osbourne reportedly purchased Rooney's property for $3.575 million – just under the asking price.


Rooney and her sister Kate come from a very wealthy and distinguished American family with a history of involvement in a range of high-profile entrepreneurial ventures. Collectively, the group is known as the "Rooney and Mara business family." One of her great grandfathers founded and owned the New York Giants and her other great grandfather founded and owned the Pittsburgh Steelers. Today their extended family members are worth several billion dollars thanks to their ownership stakes in these two teams.

Kate and Rooney's father serves as vice president of player personnel for the New York Giants. Their maternal grandfather Timothy Rooney runs the Yonkers Raceway & Empire Casino, a position he has held since 1972. Their extended family still owns the New York Giants and the Pittsburgh Steelers, and many of her relatives work for these organizations. Her cousins include U.S. Representative Tom Rooney and Florida State Representative Patrick Rooney Jr.

Outside of acting and charity work, Rooney Mara is the founder of Hiraeth Collective, a vegan clothing line. The brand was started in 2018 and consists of shoes, accessories, and clothing designed by Mara, Sara Schloat, and Chrys Wong. 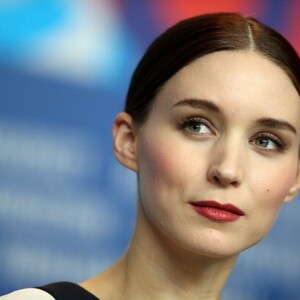