Ronni Hawk net worth: Ronni Hawk is an American actress who has a net worth of $400 thousand. She is best known for starring on the TV series Stuck in the Middle and On My Block.

Ronni Hawk began appearing in commercials at 12 years old. She made her acting debut in 2014. From 2016 to 2018 she starred as Rachel Diaz on the Disney Channel television series Stuck in the Middle. In 2018 Hawk starred as Olivia on the Netflix TV series On My Block. She appeared in the movie Average Guys in 2019. Ronni Hawk has appeared in episodes of the TV series Playing Hooky, S.W.A.T., and Legacies. She has also appeared in the shorts Found, Oak Hill Silence, The Dancer & the Boy, Session One, Unspoken, and Oblivious. Hawk also appeared in the Lukas Graham music video "Lie". She began dancing at five years old and moved from Florida to Los Angeles to pursue acting. 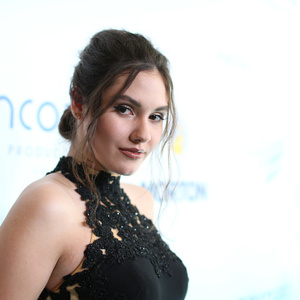