Ronn Moss net worth: Ronn Moss is an American actor and musician who has a net worth of $12 million dollars. He is probably best known for being a a member of the band Player, and best known for portraying "Ridge Forrester," the dynamic fashion magnate on the CBS soap opera The Bold and the Beautiful from 1987 to 2012.

He was born Ronald Montague Moss in 1952 and raised in Los Angeles. Moss grew up surrounded by the theatre, concert, and rock & roll music world. At age 11, he started learning to play the drums, guitar and electric bass. In 1976, Moss joined creative forces with fellow singer/guitarist Peter Beckett, guitarist/keyboardist J.C Crowley, and drummer John Friesen to form the musical group Player, primarily as bassist and singer. In a garage in the Hollywood Hills, they wrote and rehearsed the music that would soon attract the attention of music impresario Robert Stigwood, who signed them to his RSO Records. In the first three weeks of 1978, their single "Baby Come Back" occupied the #1 position on the national pop charts & Player was voted to the Billboard Magazine honor roll of Top New Singles artist of 1978. As an actor, Moss is best known for his work on The Bold and the Beautiful. He accepted the part, and the show is broadcast in many nations across the globe and his role has attracted thousands of fans worldwide. To this day, Moss is best known for this role and he frequently travels overseas to promote the show and his music. He has a large fan base in Australia. In 2006, a campaign surfaced to vote Moss as Australian of the Year and was recently featured in a television commercial for Berri, an Australian orange juice producer. He also appeared as a participant in the Italian version of Dancing with the Stars and also traded lives with Tyler Christopher on the hit reality television series, Celebrity Wife Swap. 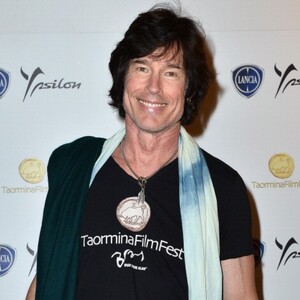