Rondell Sheridan net worth and salary: Rondell Sheridan is an American actor, director and comedian who has a net worth of $4 million dollars. Rondell Sheridan was born on August 15, 1958 in Chicago Illinois. He has done various acting and comedian roles over the course of his career. However, some of his big screen acting roles that you might know him from are movies such as "The First Turn On", (1983), "Deadtime Stories (1986), and "Rites of Passage" (1999).

Although he played in various movies starring as one of the main stars and some roles as a guest star these are not the only roles that he is known for. One of his most famous roles came from hit Disney television series roles such as "That's So Raven" (2003-2007), and "Cory In The House" (2007-2008). Rondell is also a stand-up comedian who has been seen on late night shows such as "The Tonight Show with Johnny Carson", "Jay Leno", and "The Late Show with Conan O'Brien". He has even made appearances on shows such as "The Arsenio Hall Show", and "Celebrity Family Feud. Also included in his list of accomplishments Sheridan is an director in which he have directed documentaries focused on a rehabilitation program called "Second Chances" for students with developmental issues. Sheridan's educational background is from Marquette University. 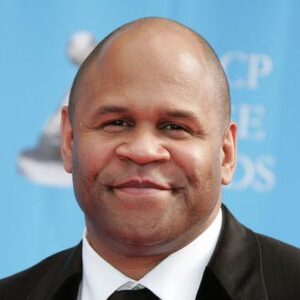