What is Ronan Farrow's Net Worth and Salary?

Ronan Farrow is an American journalist, lawyer, activist, and former government advisor who has a net worth of $18 million. Ronan Farrow is best known for his in-depth investigative reporting of the sexual assault allegations against film producer Harvey Weinstein. For his coverage of this story in the New Yorker, the publication won the 2018 Pulitzer Prize for Public Service. Farrow has also reported on the abuses of such public figures as Eric Schneiderman, Brett Kavanaugh, and Les Moonves.

Ronan's mother is actress Mia Farrow. His father is either Woody Allen or Frank Sinatra.

When Ronan was hosting "Ronan Farrow Daily" on MSNBC, his salary peaked at $3 million per year. He had previously been earning $1 million before getting his own show.

Ronan Farrow was born as Satchel Ronan O'Sullivan Farrow on December 19, 1987 in New York City, New York to filmmaker Woody Allen and actress Mia Farrow. Growing up, he skipped school grades and took classes with the Center for Talented Youth. When he was 11, Farrow began studying at Bard College at Simon's Rock; he later transferred to Bard College, where he earned his BA in philosophy and became the youngest-ever graduate from that institution. In 2009, Farrow obtained his JD from Yale Law School. He went on to earn a PhD in political science from the University of Oxford.

Early in his career, Farrow was involved in humanitarian advocacy. From 2001 to 2009, he served as a UNICEF Spokesperson for Youth, and advocated for women and children involved in the Darfur crisis. Following this, Farrow joined the new Obama administration as Special Adviser for Humanitarian and NGO Affairs in the Office of the Special Representative for Afghanistan and Pakistan. A couple years after this, he became the Special Adviser for Global Youth Issues for Secretary of State Hillary Clinton. In his role, Farrow was responsible for overseeing US youth policy and programming.

As a journalist, Farrow has written numerous essays and other pieces for such publications as the Atlantic, the Los Angeles Times, the Wall Street Journal, and the Guardian. He also hosted his own television news program called "Ronan Farrow Daily," which ran on MSNBC from 2014 to 2015, and had an investigative segment called "Undercover with Ronan Farrow" on NBC's "Today."

Farrow had something of a watershed moment in his journalism career in October of 2017, when his investigative piece detailing sexual assault allegations against film producer Harvey Weinstein was published in the New Yorker. In honor of the reporting, the publication received the 2018 Pulitzer Prize for Public Service. Farrow has gone on to lead groundbreaking investigative reports of a number of other controversial figures. In May of 2018, the New Yorker published his and Jane Mayer's article detailing the physical abuse perpetrated by New York State Attorney General Eric Schneiderman against multiple women. Within hours of the publication of this expose, Schneiderman resigned. Later in 2018, another article by Farrow was published in the New Yorker disclosing the patterns of harassment of CBS CEO Leslie Moonves. In later reporting, Farrow has detailed the abuses of Supreme Court Justice Brett Kavanaugh, and has investigated the MIT Media Lab's concealment of its affiliation with Jeffrey Epstein. 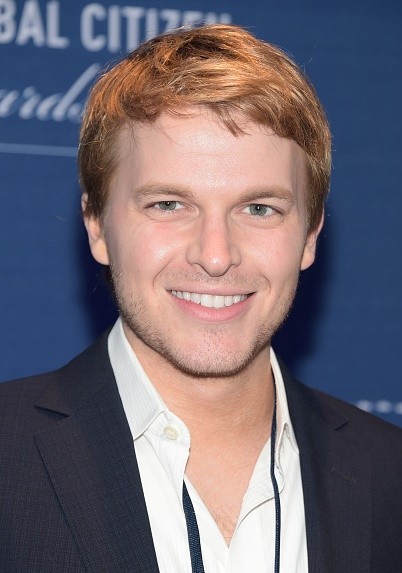 As an author, Farrow's first published book was 2018's "War on Peace: The End of Diplomacy and the Decline of American Influence." This was followed in 2019 by "Catch and Kill: Lies, Spies, and a Conspiracy to Protect Predators." The book focuses on the challenges Farrow faced reporting on Harvey Weinstein's history of sexual abuse.

Farrow has received numerous plaudits for both his landmark investigative journalism and his humanitarian service. In 2008, he earned Refugees International's McCall-Pierpaoli Humanitarian Award for helping refugees and other displaced people. Later, in 2014, Farrow won the Cronkite Award for his journalistic excellence. For his reporting on transgender issues, he won the Stonewall Community Foundation's 2016 Vision Award.

Among his other honors, Farrow won the 2018 Point Courage Award for his reporting on the #MeToo movement, and won the National Lesbian and Gay Journalists Association's Journalist of the Year Award the same year. Meanwhile, the audiobook to his book "Catch and Kill" received a Grammy Award nomination for Best Spoken Word Album.

Much controversy surrounds the paternity of Farrow, who has long been estranged from his father. He decided to distance himself when his father married Soon-Yi Previn, who had been adopted by Farrow's mother and new partner. Mia Farrow, meanwhile, has floated the idea that Ronan could in fact be the biological child of Frank Sinatra, her former lover. However, this idea has been widely dismissed, including by Sinatra's daughter Nancy and Sinatra's biographer James Kaplan. For his part, Farrow refuses to talk about the matter.

Farrow has long been vocal about his support of his sister Dylan, who claims to have been sexually abused by their father growing up. In 2016, the Hollywood Reporter published a guest column by Farrow in which he drew parallels between the absence of coverage relating to Bill Cosby's rape allegations and that of his father's. He concluded that the dominant media culture actively discourages abuse victims from speaking up, as they are pressured into silence.


In 2018, Farrow publicly announced that he was part of the LBGTQ community. The following year, he got engaged to podcast entrepreneur and former presidential speech writer Jon Lovett, whom he had been dating since 2011.

In March 2019 Ronan paid $5.65 million for a penthouse apartment in New York City. Spanning more than 2,000 square-feet of living space and located in the Lower East Side, this upgrade replaced Ronan's former Upper West Side apartment which he sold for $1.6 million.

In March 2022 Jon and Ronan together purchased a home in LA's Los Feliz neighborhood from actress/singer Vanessa Hudgens. They paid $6.7 million in an off-market deal just months after Vanessa filmed the home for Architectural digest: 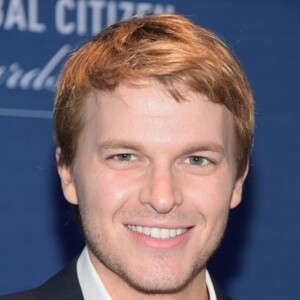