What is Ron Perlman's net worth?

Ron Perlman is an American television, film and voice actor who has a net worth of $8 million. Ron Perlman is probably best-known for the "Hellboy" movie franchise and the FX television show "Sons of Anarchy."

He was born Ronald N. "Ron" Perlman on April 13, 1950 to Jewish parents in Washington Heights, New York, New York. Even though he was not considered traditionally handsome, Perlman became really popular in high school theater thanks to his height (6-foot-2) and his deep, rolling voice. Perlman graduated from George Washington High School in 1967. He continued mastering the acting craft at Lehman College and later at the University of Minnesota, where he graduated with a master's degree in theater arts in 1973.

After college he worked with New York's Classic Stage Company, an organization specializing in Elizabethan and Restoration plays, and performed in several feature movies. His first feature film was in Jean-Jacques Annaud's film Quest for Fire in 1981. Between 1981-1986, he appeared in various stage productions and various minor and supporting roles in films and TV series. His next substantial role came when he appeared as Salvatore in "The Name of the Rose" in 1986.

Perlman first made a name for himself and built a solid fan base when he was cast opposite Linda Hamilton in his breakthrough role of Vincent, the misunderstood Beast on the popular series "Beauty and the Beast" (CBS, 1987-1990), which also fetched him a Golden Globe for Best Performance by an Actor in a Television Series in 1989. Before this, he had considered abandoning his acting career altogether.

Perlman went on to play thousands of roles in films and TV series. His most notable film appearances included "The Name of the Rose" in 1986, 1993's "Romeo is Bleeding," "The Adventures of Huck Finn" in 1993, "Police Academy: Mission to Moscow" (1994), "The Last Supper" (1995), "The Island of Dr. Moreau"  in 1996, 1997's "Alien Resurrection" "Enemy at the Gates" (2001), "Blade II" and "Star Trek: Nemesis" (both 2002) and two Stephen King adaptations, "Sleepwalkers" and "Desperation." His first leading film role came in 1995 when he played "One" in Jean-Pierre Jeunet and Marc Caro's French-language feature film "The City of Lost Children." In 2003, he was cast in a commercial for Stella Artois beer called "Devil's Island" that won a Silver Award at the 2003 British Advertising Awards. His next leading film role came in 2004 when he played the title role in the comic book adaptation of "Hellboy." Perlman reprised his role as Hellboy in the straight to DVD animated features "Hellboy: Sword of Storms" (2006) and "Hellboy: Blood and Iron" (2007) as well as "Hellboy II: The Golden Army," which was released on July 11, 2008.

In 2008, Perlman landed his most notable television series role to date when he was cast in FX's "Sons of Anarchy" playing Clay Morrow,  the national president of the Sons of Anarchy Motorcycle Club. He appeared on the show for 75 episodes from 2008-2013. From 2014-2017, Perlman Judge Pernell Harris in Amazon's "Hand of God," a series for which he also served as an executive producer.  He would also play Wes Chandler in the second and third seasons of "StartUp" in 2017–18. 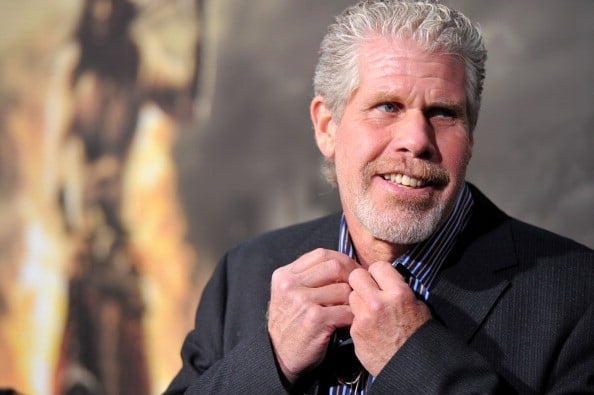 Outside of his on-screen appearances, Perlman has also enjoyed a successful career in voice acting. He has done voice over work for numerous animated series and video games, and has done voice over work for TV commercials. Some series he has voiced include "Hey Arnold," "Justice League," "Adventure Time," "Batman: The Animated Series," "Avatar: The Last Airbender," "The Brave and the Bold," "Green Lantern: The Animated Series," and he served as the narrator for "1000 Ways to Die." His video game credits include "Halo 2" and "Halo 3," Jagger Valance in "The Chronicles of Riddick: Escape from Butcher Bay," and Batman in "Justice League Heroes."

Perlman also voiced "Slade" in 2008's "Turok" game and Emil Blonsky in "Incredible Hulk: Ultimate Destruction" and "Conan" for PS3 and Xbox 360. Perlman offered his likeness and voice in 2016's "Call of Duty: Black Ops III" to one of the lead characters in the game's popular Zombies mode–an ex-boxer whose "desperate acts of violence to maintain prominence lead to imprisonment in a pocket dimension infested with hellacious creatures and lovecraftian horror themes."

Perlman married his wife Opal, a jewelry designer, on February 14, 1981. Unfortunately, they separated in May 2019 and later divorced. The pair had two children together, Blake Amanda Perlman (b. 1984) and Brandon Avery Perlman (b. 1987). Brandon produces electronic music under the stage name Delroy Edwards and is the owner of the record label L.A. Resource and runs the underground hip hop label Gene's Liquor. In July 2020, it was confirmed that Perlman was dating and living with his long-time friend-turned-lover and "StartUp" co-star actress Allison Dunbar.

Perlman is a life-long democrat and was a vocal critic of President Donald Trump. On November 9, 2016, he announced his intention to run for U.S. President in 2020, which never came to fruition. In January 2019, Perlman endorsed Kamala Harris for president while she was a candidate. 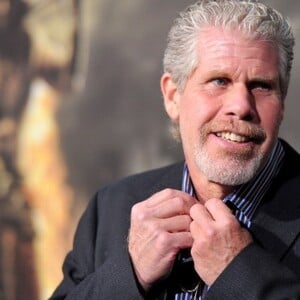