Ron O'Neal net worth: Ron O'Neal was an American actor, director, and screenwriter who had a net worth of $800 thousand. Ron O'Neal was born in Utica, New York in September 1937 and passed away in January 2004. He made his debut in the 1970 film Move and became well known after starring in the 1972 movie Super Fly.

O'Neal starred as H.H. on the television series Bring 'Em Back Alive from 1982 to 1983. He also had recurring roles on the TV series The Equalizer and A Different World. Ron O'Neal also appeared in several films including The Master Gunfighter, A Force of One, When a Stranger Calls, The Final Countdown, St. Helens, Red Dawn, Original Gangstas, and more. He wrote and directed the 1973 film Super Fly T.N.T. and directed the movie Up Against the Wall in 1991. Ron O'Neal passed away on January 14, 2004 at 66 years old from pancreatic cancer. 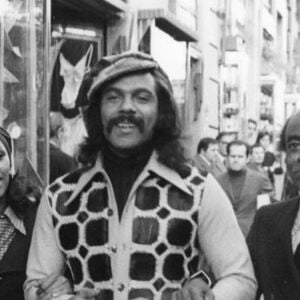