Ron Maclean net worth: Ron Maclean is a Canadian sportscaster who has a net worth of $3 million dollars. Born in Zweibrucken, Germany on April 12, 1960, Maclean is best known for hosting Hockey Night in Canada. He was employed by CBC and was the main host for the 2008 Summer Olympics in Beijing.

He has received eight Gemini Awards for his sportscasting efforts and is a former level five referee for Hockey Canada. He began broadcasting in 1978 at CKRD-FM and later at CKRD-AM. He started presenting the weather at CKRD-TV and eventually became a disc jockey. From there, he took an interest in sportscasting and began hosting Hockey Night in Canada in 1986. He is currently married to his wife, Cari and lives in Oakville, Ontario. 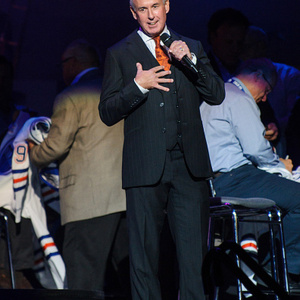