What is Ron Livingston's Net Worth?

Ron Livingston is an actor known for his roles in the films "Swingers," "Office Space," "The Cooler," "The Conjuring," and "Tully." Ron Livingston has a net worth of $6 million. On television, he gained recognition for his work in the miniseries "Band of Brothers" and on the series "Loudermilk" and "Boardwalk Empire." Livingston has also had prominent roles on shows including "The Practice," "Sex and the City," "Standoff," "Defying Gravity," "Search Party," and "A Million Little Things."

Ron Livingston was born on June 5, 1967 in Cedar Rapids, Iowa to Lutheran pastor Linda and aerospace electronics engineer Kurt. He has two siblings named John and Jennifer. As a youth, Livingston began acting at Theatre Cedar Rapids after being introduced to the community theatre during a job shadowing. For his higher education, he went to Yale University, where he sang with the famed a cappella group the Whiffenpoofs.

Livingston made his film debut in 1992, playing a soldier in the Dolly Parton romantic comedy "Straight Talk." He then moved to Los Angeles, where he was cast in a supporting role in "The Low Life." In 1996, Livingston had his first major role in the dramedy "Swingers," in which he starred opposite Vince Vaughn and Jon Favreau. The next year, he appeared in two segments of the horror anthology film "Campfire Tales." Livingston had his true breakthrough year in 1999, when he appeared in five films, including "Dill Scallion," "The Big Brass Ring," and "Body Shots." His biggest success, however, was his starring role as frustrated software programmer Peter Gibbons in Mike Judge's black comedy "Office Space," costarring Jennifer Aniston. The film went on to become a cult classic among viewers.

In 2000, Livingston portrayed poet Allen Ginsberg in the biographical drama "Beat," and also appeared in the film "A Rumor of Angels." Subsequently, he was in the comedy "Buying the Cow." In 2002, Livingston had a notable role as Hollywood agent Marty Bowen in Spike Jonze's acclaimed dramedy "Adaptation." The next year, he played a slimy Ivy League upstart in the romantic drama "The Cooler." Following his starring role opposite Brittany Murphy in the romcom "Little Black Book," Livingston played teachers in "Winter Solstice" and "Pretty Persuasion," both released in 2005. His subsequent credits included "Relative Strangers," "Holly," "Music Within," "American Crude," and the literary adaptation "The Time Traveler's Wife," costarring Rachel McAdams and Eric Bana.

Livingston began the 2010s with roles in three comedies: "Dinner for Schmucks" and the romcoms "Going the Distance" and "10 Years." He was next in "Queens of Country" and the children's fantasy film "The Odd Life of Timothy Green." Livingston had a major year in 2013, appearing in five films: "Touchy Feely," "Drinking Buddies," "The Pretty One," "Parkland," and the supernatural horror film "The Conjuring." In the lattermost film, Livingston played the father of a family that moves into a haunted farmhouse in Rhode Island. After this, the actor was in such films as "Fort Bliss," "James White," "Addicted to Fresno," "Vacation," "Digging for Fire," "The 5th Wave," "Shimmer Lake," and "Lucky." His other credits have included "Tully," "The Long Dumb Road," "The Professor," "The Man Who Killed Hitler and Then the Bigfoot," "Holly Slept Over," and the DC Comics superhero film "The Flash." 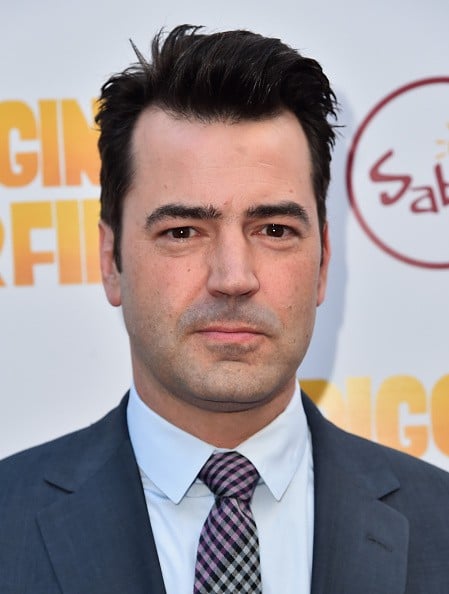 In 1995, Livingston made his television debut in an episode of the legal drama series "JAG." He was next in episodes of "Townies," "Timecop," and "Players." In 1998, he landed a main role on the short-lived ABC sitcom "That's Life," and two years later, appeared in an episode of another short-lived ABC sitcom, "Then Came You." Livingston had his biggest role yet in 2001, when he played Captain Lewis Nixon III in the acclaimed HBO war drama miniseries "Band of Brothers." For his performance, he earned a Golden Globe nomination for Best Supporting Actor – Series, Miniseries or Television Film. Following this, Livingston had a recurring role as A.D.A. Alan Lowe on the legal drama "The Practice." He next appeared as mordant writer Jack Berger in the fifth and sixth seasons of "Sex and the City." Livingston's subsequent credits included the television film "44 Minutes: The North Hollywood Shoot-Out," the adult animated sitcom "American Dad!," and an episode of the medical drama "House."

Livingston's next main role came in 2006, when he began starring as FBI negotiator Matt Flannery on the Fox series "Standoff," which ran until 2007. Following this, he was cast in the main role of flight engineer Maddux Donner on the short-lived science-fiction series "Defying Gravity." After portraying businessman and American diplomat Mark Wallace in the television film "Game Change," Livingston joined the cast of the fourth season of the HBO crime series "Boardwalk Empire." He was subsequently in the two-part miniseries "Saints & Strangers." In 2016, Livingston began a recurring role on the dark comedy thriller series "Search Party." The next year, he guest-starred on the comedy series "Dice," and began a main role on the comedy series "Loudermilk," playing a substance abuse counselor and recovering alcoholic. Among Livingston's later credits are "The Romanoffs" and "A Million Little Things," on the latter of which he plays the recurring role of Jon Dixon.

In the early 2000s, Livingston was briefly engaged to actress Lisa Sheridan, with whom he costarred in the film "Beat." Later, he began a relationship with actress Rosemarie DeWitt, whom he had met while they were both filming the show "Standoff." The two dated for three years, and got married in San Francisco in November of 2009. Together, they have two adopted daughters. 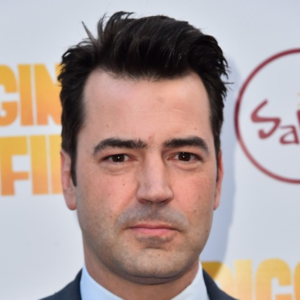