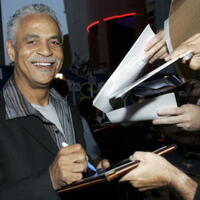 Ron Glass net worth and salary: Ron Glass was an American actor who had a net worth of $10 million. Ron Glass was born in Evansville, Indiana, and went on to graduate from the University of Evansville with dual degrees in Drama and Literature. He began his professional career in the theater, appearing in productions at the famed Guthrie Theater in Minneapolis. From there, he relocated to Los Angeles, and began a steady career appearing in both film and television productions. Some of his projects include, "Sanford and Son", "All in the Family", "Maude", "Hawaii Five-O", "The New Adventures of Perry Mason", "The Crazy World of Julius Vrooder", "The Streets of San Francisco", "Insight", "When Things Were Rotten", "Hart to Hart", "The Twilight Zone", "227", "Family Matters", "Amen", "Murder, She Wrote", "Mr. Rhodes", "Teen Angel", "Friends", "Yes, Dear", "The Division", "Shark", "Dirty Sexy Money", "CSI: NY", and "Major Crimes". He is most widely recognized for his starring roles on such shows as "Barney Miller", "The New Odd Couple", and "Firefly", and for his work in such films as "Lakeview Terrace" and "Death at a Funeral". Unfortunately, Ron Glass died on November 25, 2016 at the age of 71.