Romola Garai Net Worth: Romola Garai is an English actress who has a net worth of $2 million. Romola Garai was born in British Hong Kong in August 1982. She appeared in plays and with the National Youth Theatre. Romola has also done some modeling. Garai's television debuts came in 2000 in the series Attachments and the TV movie The Last of the Blonde Bombshells.

In 2002 she starred in the TV mini-series Daniel Deronda as Gwendolen Harleth. She played the title role in the 2009 TV mini-series Emma. In 2011 Romola starred as Sugar in the TV mini-series The Crimson Petal and the White. From 2011 to 2012 she starred as Bel Rowley in the TV series The Hour. Garai has also starred in the movies Nicholas Nickleby, I Capture the Castle, Dirty Dancing: Havana Nights, Vanity Fair, Inside I'm Dancing, Scoop, As You Like It, Amazing Grace, Angel, Atonement, The Other Man, Glorious 39, Words of the Blitz, One Day, Junkhearts, The Last Days on Mars, and Having You. Garai has won awards from the London Critics Circle Film Awards and the National Board of Review. She was nominated for a Golden Globe for Best Performance by an Actress in a Mini-Series or a Motion Picture Made for Television in 2011 and 2012. 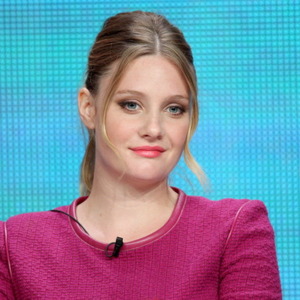