Roma Downey Net Worth: Roma Downey is an Irish actress, author, and producer who has a net worth of $100 million. A portion of her net worth is attributable to her husband since 2007, television producer Mark Burnett, though Roma has also been extremely successful in her own right. Downey is probably best known for playing Monica in the series "Touched by an Angel." She is also known for her extensive career as a theatre actor.

Outside of acting, she is known for being the wife of Mark Burnett, the producer who gained notoriety after creating reality TV shows like "Survivor" and "The Apprentice." Together, the coupled teamed up to produce the series "The Bible," which aired on the History Channel. Downey also appeared in the show as Mary, mother of Jesus. Downey and Burnett have been recognized as some of the most influential people in the entertainment world.

Early Life: Roma Downey was born on May 6th of 1960 in Derry, Northern Ireland. Raised in a Roman Catholic household in the district of Bogside, Roma attended Catholic schools as a child and was raised primarily by her father, as her mother passed away from a heart attack when she was 10. Although she initially gravitated towards painting and earned a Bachelor of Arts at Brighton College of Art, she later became interested in drama while in university.

Career: Roma Downey began her career in theatre and toured the United States with a stage production of "The Playboy of the Western World." She then got an agent in New York City before booking roles in Broadway productions like "The Circle." In 1991, she appeared as Jackie Kennedy in the miniseries "A Woman Named Jackie," which led to another central role in "Touched by an Angel." Downey appeared in the series for the next nine seasons before the show ended in 2003.

In 2011, she and her husband Mark Burnett began work on "The Bible," a ten-hour docudrama that aired on the History Channel. The show eventually aired in 2013 with Roma playing the role of Mary, mother of Jesus. The series was well-received and led to a number of spin-offs and sequels, including "Son of God" and "A.D." The couple then produced another miniseries called "The Dovekeepers."

Outside of these roles, Roma Downey has appeared in films like "Borrowed Hearts," "Second Honeymoon," "Monday After the Miracle," "Come Dance at My Wedding," "Keeping Up With the Randalls," and many other projects. In 2014, MGM purchased a controlling interest in One Three Media and Lightworkers Media – the latter of which Roma founded with her husband. In 2015, MGM then purchased 45% of Downey and Burnett's stake in United Artists Media Group.

Relationships: Although Roma was once married to actor Leland Orser and director David Anspaugh, she married her current husband Mark Burnett in 2007. She has one child from a previous marriage, and also became the stepmother of Burnett's two children after they were wed.

Real Estate: In 1997, at the height of "Touched by an Angel," Roma paid an undisclosed sum for an oceanfront home in the ultra-exclusive Malibu Colony gated community. In 2007, Roma moved into a $25 million Malibu mansion her husband Mark Burnett purchased two years earlier. After moving in with Mark, she put her Colony home up for rent. Because it is one of the few Colony homes on the ocean side and has a pool, the home commands $100,000 per month during the peak summer months. The home is available to rent for $45,000 per month on a long-term lease, or $60,000 per month during the off-season. 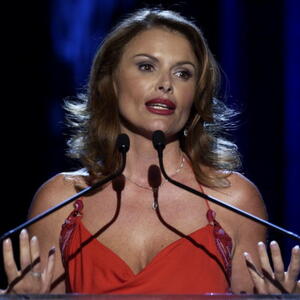