What was Roger Moore's net worth?

Roger Moore was an English actor, producer and director who had a net worth of $110 million at the time of his death in 2017. Roger Moore was best known as the third actor to play secret agent James Bond in the Eon Productions film series. Between 1973 and 1985, he portrayed Bond in seven films, the most of any actor in the series. On television, Moore gained recognition for his role as Simon Templar on the British mystery thriller "The Saint," and later as the co-lead of the action comedy series "The Persuaders!"

Roger Moore was born in 1927 in Stockwell, London, England, the only child of Lillian and policeman George. As a child, he went to Battersea Grammar School, but was evacuated during World War II to Holsworthy, Devon. Subsequently, he attended Dr. Challoner's Grammar School in Amersham, Buckinghamshire, and enrolled at Launceston College in Cornwall for his higher education. Moore later attended the Royal Academy of Dramatic Art, where he spent three terms. At the age of 18, he was conscripted for national service, and was commissioned into the Royal Army Service Corps as a second lieutenant. Moore served as an officer in the Combined Services Entertainment section, and became a captain of a small depot in West Germany.

Early in his acting career, Moore had uncredited appearances in films such as "Perfect Strangers," "Caesar and Cleopatra," "Piccadilly Incident," "Gaiety George," "Trottie True," and "Paper Orchid." In the early 50s, he modeled various lifestyle products for British print advertisements. He then went to the United States to work in television, landing roles in adaptations of "Julius Caesar" and "Black Chiffon," and appearing in two episodes of "Robert Montgomery Presents."

In 1954, Moore was signed to a seven-year contract with MGM. He began his tenure at the studio with a small part in the Elizabeth Taylor romance "The Last Time I Saw Paris." This was followed by the biographical musical "Interrupted Melody," the swashbuckler "The King's Thief," and the historical drama "Diane," in which Moore played Prince Henri of France. Following the latter film's commercial failure, MGM released Moore from his contract.

After departing from MGM, Moore appeared in episodes of such anthology series as "Ford Star Jubilee," "Lux Video Theatre," and "Matinee Theatre." In 1958, he landed his first major television role playing Sir Wilfred of Ivanhoe on the British series "Ivanhoe." Next, he had another starring role on the Western series "The Alaskans," which ran for 37 episodes between 1959 and 1960. This was followed by another Western, "Maverick," which Moore joined in its fourth season. However, displeased with the quality of the scripts, he left after 14 episodes.

Moore landed his most famous television role in 1962, playing the Robin Hood-like figure of Simon Templar on the British mystery spy thriller "The Saint." Based on the novels by Leslie Charteris, the series ran until 1969, and made Moore a household name in the United States. Following this success, Moore was cast alongside Tony Curtis in the action comedy series "The Persuaders!," about two millionaire playboys having adventures in Europe. 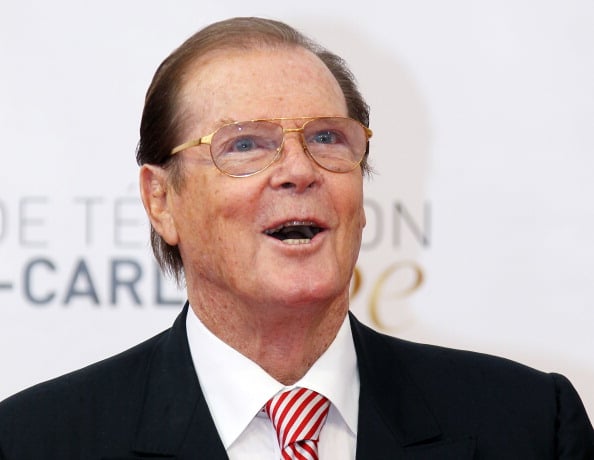 When it became clear that Sean Connery had officially stepped down from the role of James Bond, producer Albert Broccoli approached Moore to fill his shoes. He made his debut as the iconic MI6 secret agent in 1973's "Live and Let Die," which became a huge box-office success. This was followed by "The Man with the Golden Gun," which was less successful than "Live and Let Die" but still a hit. Moore's third Bond film, 1977's "The Spy Who Loved Me," was a greater commercial triumph, grossing $185 million against a $13.5 million budget. Next were "Moonraker" and "For Your Eyes Only," both significant box-office hits. Despite expressing a desire to leave the role, Moore was enticed back in 1983 for "Octopussy." In 1985, he starred in his seventh and final Bond film, "A View to a Kill"; at 58, he was the oldest actor to have played the part.

In contrast to the version of Bond created by author Ian Fleming, Moore's Bond was more of a  debonair playboy type, whose smooth, charming nonchalance was intended to suit the tastes of contemporary 1970s audiences. The actor's portrayal became known for its sense of humor and pithy one-liners.

Moore had a prolific film career beyond James Bond. Beforehand, he was in films including "The Miracle," "The Sins of Rachel Cade," "Gold of the Seven Saints," "Crossplot," and "The Man Who Haunted Himself." In the 70s, Moore starred in "Gold," "That Lucky Touch," "Shout at the Devil," "The Wild Geese," "Escape to Athena," and "North Sea Hijack." His 80s credits include "The Sea Wolves," "Sunday Lovers," "The Cannonball Run," "Curse of the Pink Panther," and "The Naked Face." After Bond, Moore took a five-year hiatus from film. He returned in 1990 with "Fire, Ice and Dynamite" and "Bullseye!," an action comedy costarring Michael Caine. Among his later film credits are "The Man Who Wouldn't Die," "The Quest," "Spice World," and "Boat Trip."

In 1946, Moore wed his first wife, fellow RADA student Doorn Van Steyn. They divorced in 1953. Next, Moore married Welsh singer Dorothy Squires, with whom he had a turbulent and violent relationship. Following their divorce in 1968, Moore married Luisa Mattioli. They had three children, Deborah, Geoffrey, and Christian. The pair divorced in 1996. Finally, in 2002, Moore married Kristina Tholstrup.

Moore often struggled with his health throughout his life. As a child, he had measles, mumps, chickenpox, and jaundice. He long suffered from kidney stones, and in 1993 was diagnosed with prostate cancer, for which he was successfully treated. In 2003, he collapsed during a Broadway show, and was subsequently fitted with a pacemaker. Later, he was diagnosed with type 2 diabetes. In 2017, Moore passed away at the age of 89 from cancer.

Impressed by his friend Audrey Hepburn's humanitarian work, Moore became a UNICEF Goodwill Ambassador in 1991. For his philanthropic services, he was knighted by Queen Elizabeth II in 2003. Five years later, the government of France named him a Commander of the Order of Arts and Letters. In 2012, Moore was honored with UNICEF's UK Lifetime Achievement Award. 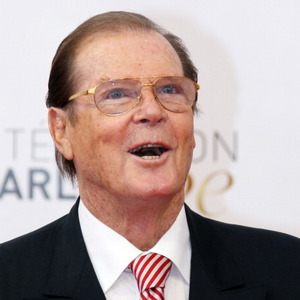