How much is Roger Lodge Worth?

Roger Lodge net worth: Roger Lodge is an American game show host, sports radio host and actor who has a net worth of $10 million. Roger Lodge has earned his net worth as the Executive Producer and host of HDNET's "CELEBRIDATE", as well as the host of the syndicated dating show Blind Date. Lodge was born on March 12, 1960 in Fontana, California and he grew up in Cerritos, California. He hosted the stage production in Las Vegas, Nevada and Atlantic City, New Jersey of the popular game show The Price Is Right Live! Than in July 2007 he hosted a brand new game show called Camouflage which airs on GSN. He can be heard on AM radio's show "The Sports Lodge" every morning on AM 830 KLAA, and currently he does a sport segment for the KTLA Morning News. Lodge is a sports trivia buff, he is married to Pamela Paulshock and they have 2 sons and one daughter. He was part of the basketball team at Whittier College; he was the winner of the Celebrity 3-Point Shootout during NBA All-Star Weekend, both in 2004 and 2005. 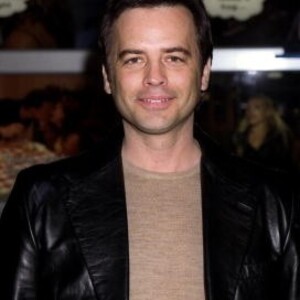