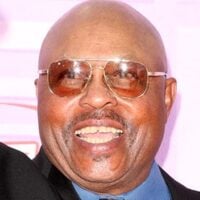 What was Roger E. Mosley's net worth?

Roger E. Mosley was an American actor, director and co-writer, and had a net worth of $3 million at the time of his death. Roger E. Mosley died on August 7, 2022 at the age of 83.

He was born in Los Angeles California, in 1938 and he grew up in the Imperial Courts housing project with his mother.

Mosley is best known for a helicopter pilot's role in the TV series Magnum, P.I. and he is also the founder of Watts Repertory Company, which he founded in 1974. Two years later, he played his most important film role, as the title character in "Leadbelly".

Moreover, he was guest star in many shows, such as "Night Court", as well as "Starsky and Hutch", "Kojak", but also "The Rockford Files", "Baretta", and last, but not least, "Sanford and Son". Another memorable appearance of his was in the film "The Mack", where he played the role of the main character's brother, followed by his role as a police informer in the film "McQ", alongside John Wayne. Mosley also played a police officer in the film "Unlawful Entry" and he starred in "A Thin Line Between Love & Hate". He appeared in the fifth season of "Las Vegas", playing the role of a billionaire who was the friend of Montecito's owner.