Roger Bart net worth: Roger Bart is an American singer and actor who has a net worth of $3 million. Roger Bart was born in Norwalk, Connecticut in September 1962. His Broadway debut came in Big River starring as Tom Sawyer in 1987. On stage Bart has also starred in productions of Up Against It, Henry IV Part I and II, King David, You're a Good Man, Charlie Brown, The Producers, and Young Frankenstein.

He has won a Tony Award and Drama Desk Award. In 2002 Bart starred as Paul in the television series Bram and Alice. In 2011 he starred as Richard Peel in the TV series The Event and in 2012 as Howard Friske in the series Easy to Assemble. From 2005 to 2012 Bart had a recurring role as George Williams in the television series Desperate Housewives. He has also had recurring roles in the TV series How I Met Your Mother as Curtis, Episodes as Matt's Agent, and Revenge as Mason Treadwell. Bart has also starred in the movies The Stepford Wives, The Producers, Hostel: Part II, American Gangster, Harold & Kumar Escape from Guantanamo Bay, Last Vegas, and How to Build a Better Boy. In 2006 he won a Screen Actors Guild Award for Desperate Housewives. 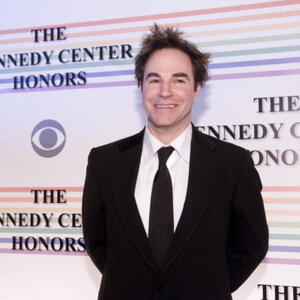