Roger Allam Net Worth: Roger Allam is an English actor who has a net worth of $5 million. Roger Allam was born in Bow, London, England, United Kingdom in October 1953. Allam studied at Manchester University. He is an accomplished stage actor who has been nominated for the Laurence Olivier Award for Best Actor four times and won the award twice. He has also won the Laurence Olivier Award for Best Supporting Actor. On stage he has starred in productions of Romeo and Juliet, A Midsummer Night's Dream, Richard III, Les Miserables, Julius Caesar, Mucho Ado about Nothing, Dr. Jekyll and Mr. Hyde, Macbeth, Aladdin, and The Tempest. His television debut came in 1981 on the series ITV Playhouse. Allam made his film debut in the 1990 movie Wilt. In 1994 he had a recurring role as Peter Adams in the television series Between the Lines. From 1998 to 2000 Allam starred as Charlie Baxter in the TV series The Creatives. He has had recurring roles in the TV series Krod Mandoon and the Flaming Sword of Fire, Ashes to Ashes, The Jury II, Parade's End, The Thick of It, and The Politician's Husband. In 2013 he narrated the TV series Sarah & Duck. Since 2013 he has starred in the TV series Endeavour as DI Fred Thursday. He has also starred in the films The Queen, V for Vendetta, Speed Racer, Pirates of the Caribbean: On Stranger Tides, and The Book Thief. Allam won a Peter Sellers Awards for Comedy at the Evening Standard British Film Awards in 2011. In August 2014 he signed a letter to The Guardian that opposed Scottish independence. 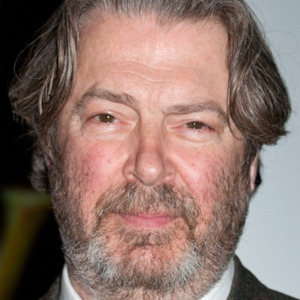