Rodrigo starred as Ricardo in the TV mini-series Okupas in 2000. He also starred in the mini-series Sol negro in 2003 as Ramiro Bustos. In 2006 he starred as Franco Montero in the television series Hermanos y detectives. From 2010 to 2011 he starred as Ezequiel in the series Contra las cuerdas. In 2011 he starred in the TV mini-series El puntero as Jose Maria Lombardo and de la Serna starred as Esteban Soldeyra in the TV mini-series Tiempos Compulsivos from 2012 to 2013. He has also starred in the movies El mismo amor, la misma lluvia, Nuts for Love, Gallito Ciego, Boca de fresa, The Motorcycle Diaries, Chronicle of an Escape, The Tango Singer, Tetro, Antes del estreno, San Martin: El cruce de Los Andes, and Mia. De la Serna has won awards from the Argentinian Film Critics Association Awards, Clarin Entertainment Awards, Imagen Foundation Awards, Independent Spirit Awards, Premios Ace Awards, and Premios Martin Fierro Awards. 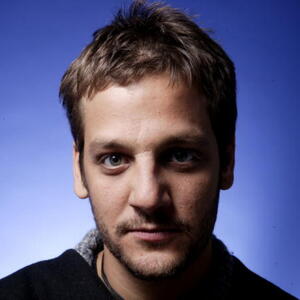