Rodger Bumpass net worth: Rodger Bumpass is an American actor and voice actor who has a net worth of $4 million. Rodger Bumpass was born in Jonesboro, Arkansas in November 1951. He is best known for voicing the role of Squidward Tentacles on the television series SpongeBob SquarePants. Bumpass has voiced roles in The Jetsons, Alvin & the Chipmunks, Mighty Mouse: The New Adventures, The Real Ghostbusters, TaleSpin, Tiny Toon Adventures, Problem Child, Batman: The Animated Series, Where on Earth Is Carmen Sandiego?, Teenage Mutant Ninja Turtles, Timon and Pumbaa, Quack Pack, The Hunchback of Notre Dame, Hercules, 101 Dalmatians: The Series, Quest for Camelot, A Bug's Life, Ants, Toy Story 2, Tarzan, The Amazing Adventures of Spider-Man, The Emperor's New Groove, Batman Beyond, Monsters, Inc., Invader ZIM, Lilo & Stitch, Brother Bear, Cars, Ice Age: The Meltdown, and Monsters University. Bumpass was nominated for a Daytime Emmy Award in 2012 for Outstanding Performer in an Animated Program for SpongeBob SquarePants. 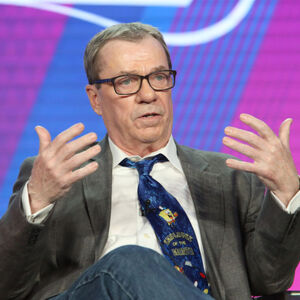