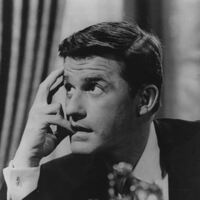 Roddy McDowall net worth and salary: Roddy McDowall was an English American actor, voice artist, director, and photographer who had a net worth equal to $10 million at the time of his death in 1998. Roddy McDowall was born in Herne Hill, London, England, United Kingdom in September 1928 and passed away in October 1998. He had more than 260 acting credits to his name beginning in 1938. McDowall starred as Caesar and Cornelius in the original Planet of the Apes film series and also played Galen in the TV series. Roddy McDowall started as a child actor in England and moved to the United States. He starred in several films including How Green Was My Valley, My Friend Flicka, Lassie Come Home, Cleopatra, The Longest Day, The Greatest Story Ever Told, That Darn Cat!, Inside Daisy Clover, Bedknobs and Broomsticks, The Poseidon Adventure, Funny Lady, Black Hole, Fright Night, Overboard, and more. McDowall won a Primetime Emmy Award in 1961 for Sunday Showcase. In 1964 he was nominated for a Golden Globe Award for Cleopatra and he was awarded a star on the Hollywood Walk of Fame in 1960 at 6632 Hollywood Blvd. Roddy McDowall passed away on October 3, 1998 at 70 years old from lung cancer.