Rod Taylor net worth: Rod Taylor was an Australian actor who had a net worth of $5 million. Rod Taylor was born in Lidcombe, New South Wales, Australia in January 1930 and passed away in January 2015. Taylor worked as a commercial artist but was inspired to become an actor by Laurence Olivier. He acted on stage and radio and appeared in productions of Julius Caesar and Comedy of Errors. Taylor made his film debut in the 1951 movie Inland with Sturt. From 1960 to 1961 he starred as Glenn Evans in the television series Hong Kong. In 1971 Taylor starred as Hank Brackett in the TV series Bearcats!. From 1976 to 1977 he starred as Evan Thorpe in the series The Oregon Trail. Taylor starred as Lavender on the TV series Masquerade from 1983 to 1984 and as Sheriff Jonathan Grail on the series Outlaws from 1986 to 1987. He starred as Frank Agretti on the series Falcon Crest from 1988 to 1990 and had a recurring role on Walker, Texas Ranger from 1996 to 2000. Taylor also starred in the movies Long John Silver, The Time Machine, The Birds, Hotel, The Train Robbers, A Time to Die, and Inglourious Basterds. For his role in Inglourious Basterds he won a Screen Actors Guild Award in 2010. Rod Taylor passed away on January 7, 2015 at the age of 84 from a heart attack. 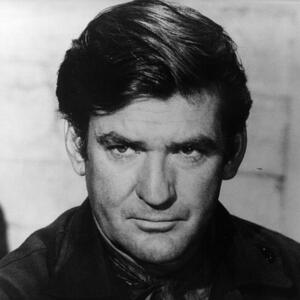