Rockmond Dunbar Net Worth: Rockmond Dunbar is an American actor who has a net worth of $2 million. Rockmond Dunbar was born in Berkeley, California in January 1973. His acting debut came in the 1993 film Misery Loves Company. From 1994 to 1995 Dunbar starred as Baines in the television series Earth 2. From 2000 to 2004 he starred as Kenny Chadway in the TV series Soul Food.

In 2007 Dunbar starred as Dr. Thomas Jonas on the series Heartland. From 2005 to 2009 he starred as Benjamin Miles "C-Note" Franklin on the TV series Prison Break. In 2010 Rockmond starred as Detective Mark Gustafson in the series Terriers. From 2012 to 2013 he starred as Aubrey in the TV series For Richer or Poorer. From 2011 to 2013 he stared as Eli Roosevelt in the series Sons of Anarchy. Since 2010 Dunbar has starred as Pookie in the series The Game and since 2013 he has starred as Dennis Abbott in the TV series The Mentalist. He has also starred in the films Punks, All About You, Kiss Kiss Bang Bang, Dirty Laundry, Jada, The Family That Preys, Alien Raiders, Pastor Brown, Echo at 11 Oak Drive, Highland Park, and More to Love. Dunbar won a Black Reel Award for Best Independent Actor in 2002. He has also been nominated for two Image Awards. 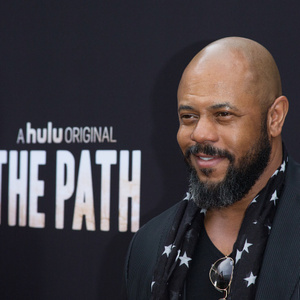