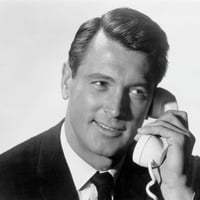 What was Rock Hudson's Net Worth?

Rock Hudson was an American actor who had a net worth of $10 million at the time of his death in 1985, which is the same as around $23 million today after adjusting for inflation. Rock Hudson was born in Winnetka, Illinois in November 1925 and passed away in October 1985. He had 75 acting credits to his name and was among the most popular film stars of his era. His major credits include "Magnificent Obsession," "All That Heaven Allows," "Giant," "Pillow Talk," "Send Me No Flowers," and "Seconds."

Although it was unknown to the public, Hudson was gay; he passed away from complications from AIDS in 1985.

After he died, Rock Hudson's estate and his former personal secretary were sued by a former lover who was not informed of the actor's HIV status despite repeated queries on the subject. The former lover could not sue Rock's estate for punitive damages because the actor was deceased. He was ultimately awarded a $14.5 million judgment against the personal secretary who reportedly lied when asked about Rock's condition.

Rock Hudson's roughly $10 million estate, roughly $23 million today, was split between charity and former lover George Nader after he died. None of this money could have been touched by the lawsuit.

Rock Hudson was born as Roy Harold Scherer Jr. on November 17, 1925 in Winnetka, Illinois as the only child of auto mechanic Roy Sr. and homemaker Katherine. He was of Swiss, German, Irish, and English descent. During the Great Depression, Hudson's dad abandoned the family after losing his job; his mother later got remarried to Wallace Fitzgerald, whom Hudson detested. Ultimately, the marriage ended in divorce. For his education, Hudson went to New Trier High School. There, he auditioned for school plays, but was unable to land any roles due to his failure to remember his lines. Following his graduation, Hudson enlisted in the US Navy, in which he served through 1946.

In the late 40s, Hudson moved to Los Angeles, California to live with his biological father. Working toward an acting career, Hudson took a variety of odd jobs. Eventually, he became a client of talent scout Henry Willson, who was the one to change the actor's name to Rock Hudson.

Hudson made his feature film debut with an uncredited part in the 1948 war film "Fighter Squadron." He went on to sign with Universal, and appeared in the films "Undertow," "One Way Street," "Peggy," and Anthony Mann's "Winchester '73." Hudson next had roles in "The Desert Hawk," "Tomahawk," "Air Cadet," "The Fat Man," "Bright Victory," and "Iron Man." In 1952, he reunited with director Anthony Mann for the Western "Bend of the River." The same year, Hudson was in "Scarlet Angel," "Here Come the Nelsons," "Horizons West," and "Has Anybody Seen My Gal?," the lattermost of which was his first of many films directed by Douglas Sirk. Hudson had another big year in 1953, starring in six films. First, he was in the Westerns "The Lawless Breed" and "Seminole." He followed this with the adventure films "Sea Devils" and "The Golden Blade." Hudson finished the year with the Western "Gun Fury" and the adventure film "Back to God's Country."

Although he had already made a name for himself as a Hollywood leading man, particularly in adventure films, Hudson had something of a breakthrough in 1954. That year, he starred in two films by Douglas Sirk: the Western "Taza, Son of Cochise" and the romantic melodrama "Magnificent Obsession," in which he appeared opposite Jane Wyman. He also starred in the war film "Bengal Brigade." In 1955, Hudson starred in two more Sirk pictures, "Captain Lightfoot" and "All That Heaven Allows," as well as Jerry Hopper's "One Desire." The following year, he reunited with Hopper on "Never Say Goodbye" and with Sirk on "Written on the Wind." Also in 1956, Hudson rose to a new level of popularity with his performance in the epic Western "Giant," costarring James Dean and Elizabeth Taylor. He earned his first and only Academy Award nomination for the film. Next, Hudson starred in "Something of Value" and "A Farewell to Arms," and also in Sirk's "Battle Hymn" and "The Tarnished Angels."

At the end of the 50s, Hudson starred in the adventure film "Twilight for the Gods," the drama "This Earth is Mine," and the romantic comedy "Pillow Talk," which was a huge box-office hit. In 1961, he starred in the tepidly received Western "The Last Sunset" and the much more successful romantic comedies "Come September" and "Lover Come Back." Hudson's subsequent credits were "The Spiral Road," "A Gathering of Eagles," "Man's Favorite Sport?," and "Send Me No Flowers." 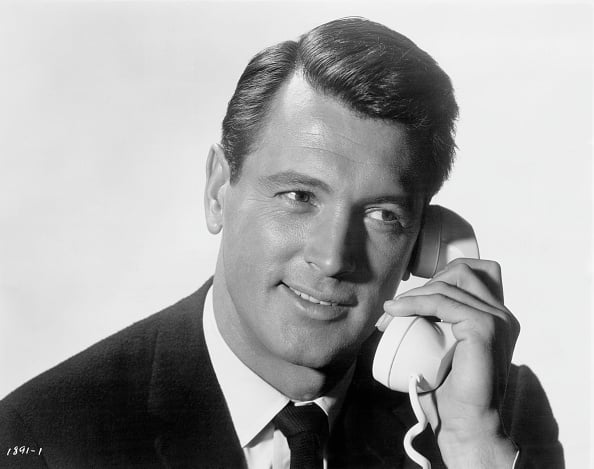 Starting with the poorly received 1965 romantic comedy "Strange Bedfellows," Hudson's star began to dim. His other film from that year, "A Very Special Favor," was also a box-office disappointment. Hudson bounced back in 1966 with his acclaimed performance in John Frankenheimer's science-fiction thriller "Seconds," in which he plays a man who elects to have his appearance and identity completely altered so he can lead a new life. After this, he was in "Blindfold," "Tobruk," "A Fine Pair," "Ice Station Zebra," and "The Undefeated." Hudson's credits in the 70s included "Darling Lil," "Hornets' Nest," "Pretty Maids All in a Row," "Showdown," and "Avalanche." His final theatrical film credit was the political thriller "The Ambassador," which came out in 1984.

On the small screen, Hudson's most successful show was the police procedural series "McMillan & Wife," which ran from 1971 to 1977. On the show, he played police commissioner Stewart "Mac" McMillan opposite Susan Saint James as his wife Sally. Following the end of the series, Hudson appeared in the miniseries "Wheels" and "The Martian Chronicles." In 1982, he starred on the short-lived NBC crime drama series "The Devlin Connection." Hudson had his final television role from 1984 to 1985, playing the recurring character Daniel Reece in the fifth season of the primetime soap opera "Dynasty."

While it was a secret to the public, it was widely known in Hollywood that Hudson was gay. After the magazine Confidential threatened to reveal his homosexuality, Hudson married secretary Phyllis Gates in 1955 to give him cover. The pair eventually divorced in 1958. Reportedly, Hudson had affairs with many high-profile men, including authors Armistead Maupin and Tom Clark and actor and stockbroker Lee Garlington. He also dated Marc Christian, who won an emotional distress lawsuit against Hudson's estate after Hudson's passing.

In 1984, Hudson was diagnosed with HIV. He kept the illness hidden from the public while continuing to work; he also traveled internationally in the hopes of finding a cure. After Hudson collapsed in his hotel room in Paris, his publicist announced that the actor had liver cancer. However, just days later, his French publicist announced that Hudson actually had AIDS, making him among the first celebrities to be diagnosed with the disease. Flown back to Los Angeles, Hudson underwent treatment at the UCLA Medical Center. He subsequently returned to his Beverly Hills home for hospice care. In October of 1985, Hudson died from complications related to AIDS. He was 59 years of age. His diagnosis and passing were significant in raising the visibility of the highly stigmatized disease, as well as in catalyzing support for AIDS medical research.