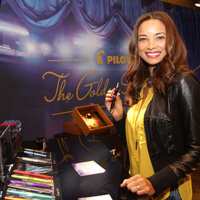 Rochelle Aytes Net Worth: Rochelle Aytes is an American actress who has a net worth of $3 million. Rochelle Aytes was born in Harlem, New York in May 1976. She is best known for playing the role of April Malloy on the TV series Mistresses. Aytes started out as a model and has appeared in commercials for L'Oreal, McDonald's, Coca-Cola, and Mercedes-Benz. She made her television debut in an episode of Sex and the City in 2003 and then starred as Denise Porter in the movie White Chicks in 2004. In 2007 she starred as Leigh Barnthouse in the TV mini-series Drive. From 2009 to 2010 she starred as Grace Russell in the series The Forgotten. Rochelle starred as Alice Williams in the TV series Detroit 1-8-7 from 2010 to 2011 and as Amber James in the series Desperate Housewives in 2011. From 2012 to 2013 she starred as Vanessa Warner in the series Work It. Since 2013 she has starred as Savannah Hayes in the television series Criminal Minds. Her best known role has come since 2013 starring as April Malloy in the series Mistresses. She has also starred in the movies Madea's Family Reunion, Trick 'r Treat, The Inheritance, The Butterfly Chasers, and My Favorite Five.