He was inducted into the AVN Hall of Fame in 2002 and the XRCO Hall of Fame in 2001. Rocco Siffredi has also appeared in the mainstream films Romance, Anatomy of Hell, and Wedding in Paris. His first role came in 1987 after he met actor Gabriel Pontello in 1985. Siffredi has retired several times but continues to star in new films. He starred in a television commercial for a snack food which was controversial. Rocco is married to model Rosa Caracciolo. 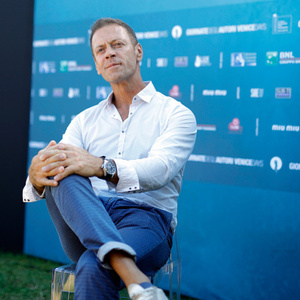