Robyn Malcolm Net Worth: Robyn Malcolm is a New Zealand actress who has a net worth of $5 million. Robyn Malcolm was born in Ashburton, Canterbury, New Zealand in March 1965. Malcolm won an International Actors Fellowship at the Globe Theatre in London in 2003. She had a recurring role in the TV series Shark in the Park from 1989 to 1991.

Malcolm's first film role came in the 1992 movie Absent Without Leave. From 1996 to 1998 she stared as Nurse Ellen Crozier in the television series Shortland Street. Robyn starred as Pauline in the TV series Serial Killers in 2004. One of her best known roles came starring as Cheryl West in the series Outrageous Fortune from 2005 to 2010. In 2013 she starred as Anita in the TV series Top of the Lake. Since 2010 Malcolm has starred as Kirsty Corella in the series Rake. Since 2013 she has starred as Anna Kingston in the television series Agent Anna and as Julie Wheeler in the TV series Upper Middle Bogan. She has also starred in the movies The Last Tattoo, The Lord of the Rings: The Two Towers, Perfect Strangers, Sylvia, Boogeyman, The Lovely Bones, The Hopes & Dreams of Gazza Snell, Burning Man, and Drift. Robyn was nominated for a New Zealand Film and TV Award for Outstanding Lead Actress in a Feature Film in 2011. 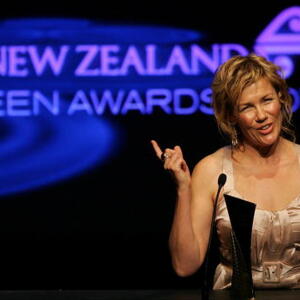