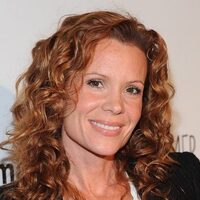 Robyn Lively net worth: Robyn Lively is an American actress who has a net worth of $500 thousand. Robyn Lively was born in Powder Springs, Georgia to a family of actors. She began her professional career when she was in first grade, appearing in the television movie, "Summer of My German Soldier". From there, she went on to appear in a steady string of television and film projects, including, "Knight Rider", "Punky Brewster", "Silver Spoons", and "Not Quite Human". She became a household name for her work in the popular 1989 film, "Teen Witch". She has continued to work steadily, primarily on television, and has played guest starring, co-starring, or recurring roles on such shows as, "Chicago Hope", "Savannah", "George & Leo", "The X-Files", "JAG", "Strong Medicine", "Cold Case", "The Mentalist", and "Saving Grace". She has also appeared in the TV movies, "Precious Victims", "Santa Who?", "Mystery Woman: Snapshot", and "Alligator Point". She is Blake Lively's older sister.