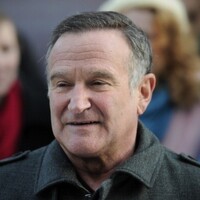 What was Robin Williams' net worth?

Robin Williams was an American Actor and comedian who had a net worth of $50 million at the time of his death. Robin Williams died on  August 11, 2014. He was 63. Contrary to some rumors at the time, Robin was absolutely not "broke" when he died. Though it should be noted that his $50 million estate could have been MUCH larger had he not spent $30-40 million during his life on divorce settlements plus who knows how much on other lifestyle expenses during his drug consuming days.

He first became famous as a stand-up comedian in the 1970s before landing the role that made him a household name, that of alien Mork on "Mork & Mindy," which aired from 1978 to 1982.

Williams made his film debut in 1980's "Popeye" and then went on to enjoy one of the most-successful film careers in acting history. Films in which Robin was the lead actor grossed $3.7 billion at the global box office. After adjusting for inflation, his films grossed more than $6 billion dollars worldwide.

From the early 80s to the late-90s, Robin Williams was everywhere.  He was starring on television shows, recording stand-up comedy specials, performing in a range of movies, hosting awards shows and charity events, guest-ing on numerous talks shows, and being all around movie star-like.  The majority of his performances were critically and commercially successful, and he was nominated for, or won, a host of awards, including an Oscar for his work in "Good Will Hunting".

Throughout it all, Mr. Williams seemed to somehow skirt the majority of the intensely invasive scrutiny that many of his movie star counterparts experienced. He was fairly open about his battles with addiction, so it left little for the media to dig up, and his protracted legal battle with Disney was well-publicized within the Hollywood community, but made next to no impact on the viewing public. In his last few years of his life he continued playing supporting or co-starring roles in a range of projects. Today he is remembered as one of the most beloved actors and comedians in history.

Robin Williams was born on July 21st, 1951 in Chicago, Illinois. Williams grew up in a very prominent family. His father, Robert was a senior executive at Lincoln-Mercury Motors in charge of the Midwest area and his mother, Lauren, was a former model from New Orleans. Before high school, Robin and his family moved to the San Francisco Bay Area. As a child, Robin was a shy kid who hardly spoke. One of the only early inclinations that he might grow up to be a comic was his dead-on impersonation of his grandmother. Beyond that, he really didn't come out of his shell until he began to participate in high school plays.

Robin attended Redwood High School in Larkspur, California followed by College of Marin in Kentfield, California. He then enrolled in the prestigious Julliard School in New York City. It was here where Robin would meet longtime friend and future Super Man star Christopher Reeve. While at Julliard, Robin was encouraged by an instructor to shift his focus away from drama and onto standup comedy. With that advice in hand, Williams began to hit the comedy circuit around New York. Audiences quickly fell in love with his erratic behavior and quick one-liners.

Eventually Hollywood came calling and he was cast as a dim-witted alien "Mork" who made periodic appearances on the sitcom "Happy Days". His stint on the show was such a success that the show's executive producer Garry Marshall soon crafted a spin off based solely on Robin's character. That show, of course, was "Mork & Mindy" which went on to film 94 episodes over four seasons between 1978 to 1981. Robin earned $35,000 per episode of Mork, which is equal to $130,000 today after adjusting for inflation. Robin then used his new found fame to produce three wildly successful HBO comedy specials. 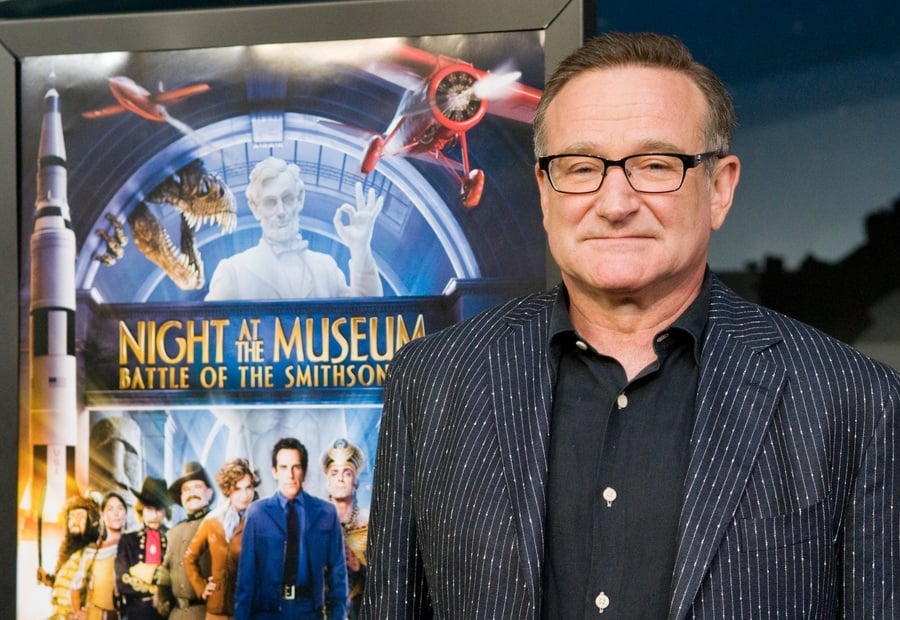 One of Robin's first feature film roles was in the live action version of "Popeye", followed by "The World According to Garp". Over the next 30 years, Robin appeared in dozens of popular movies in both comedic and dramatic roles. Some of his most famous dramatic roles include "Good Will Hunting", "The Fisher King" and "One Hour Photo". Some of his other hits include "Hook", "Jumanji", and the wildly successful Mrs. Doubtfire.

Robin even received an Oscar for best supporting actor "Good Will Hunting" and an Oscar nomination for "Good Morning Vietnam".

The highest single paycheck Robin ever earned came from the 1999 movie "Bicentennial Man", for which he was paid $20 million. Robin was paid just $75,000, the Screen Actors Guild minimum, for his voice work in the Disney movie Aladdin. Robin agreed to take the low salary on two conditions: #1) That his character not be used to sell any merchandise to children and #2) that his character not be shown in more than 25% of the film's advertisements. Disney eventually broke both promises which caused Robin to refuse to work with Disney for many years. Disney did eventually attempt to apologize by sending him a Pablo Picasso painting, but Robin would not work with the studio again for many years and only after the executive in charge had been dismissed.

Tragically, Robin Williams died on August 11, 2014 at his home in Tiburon, California of an apparent suicide. He was 63 years old and had been reportedly battling severe depression. He was survived by three children, one from his first marriage and two from his second.

In the early 2000s, Robin built a large mansion on 640 acres of property in the Napa Valley. He named the estate Villa Sorriso, which means "Villa of Smile" in Italian. Robin's Napa house features vineyard, a solar farm, and a lake. The primary house is 20,000 square feet, and is made up of five bedrooms, six full bathrooms, another six half-bathrooms, multiple living rooms, a wine cellar, a private movie theater, a climate-controlled art storage space, a state-of-the-art eat-in kitchen, and a bridge gallery that connects to a tower for looking out over the property. The estate also includes a spa, a massive infinity pool, and a three-bedroom home for the property manager.

At the time of his death Robin lived in a home in the Paradise Cay neighborhood in Tiburon, California. In November 2020 his widow sold this home for $5.35 million. It had been listed a year earlier for $7.25 million.

For many years Robin owned a home in the Sea Cliff neighborhood of San Francisco.